Beasts of a Little Land

Beasts of a Little Land

"A spectacular debut filled with great characters and heart.” —Lisa See, author of Snow Flower and the Secret Fan

An epic story of love, war, and redemption set against the backdrop of the Korean independence movement, following the intertwined fates of a young girl sold to a courtesan school and the penniless son of a hunter

In 1917, deep in the snowy mountains of occupied Korea, an impoverished local hunter on the brink of starvation saves a young Japanese officer from an attacking tiger. In an instant, their fates are connected—and from this encounter unfolds a saga that spans half a century.

In the aftermath, a young girl named Jade is sold by her family to Miss Silver’s courtesan school, an act of desperation that will cement her place in the lowest social status. When she befriends an orphan boy named JungHo, who scrapes together a living begging on the streets of Seoul, they form a deep friendship. As they come of age, JungHo is swept up in the revolutionary fight for independence, and Jade becomes a sought-after performer with a new romantic prospect of noble birth. Soon Jade must decide whether she will risk everything for the one who would do the same for her.

From the perfumed chambers of a courtesan school in Pyongyang to the glamorous cafes of a modernizing Seoul and the boreal forests of Manchuria, where battles rage, Juhea Kim’s unforgettable characters forge their own destinies as they wager their nation’s. Immersive and elegant, Beasts of a Little Land unveils a world where friends become enemies, enemies become saviors, heroes are persecuted, and beasts take many shapes.

"Beasts of a Little Land is a stunning chronicle of the Korean peninsula during the tumultuous decades leading to independence and partition. Told through the lives of a rich cast of characters—courtesans, Japanese generals, and revolutionaries—whose stories intertwine in the most unexpected ways, it is by turns political and sensual, epic and intimate. It is also a profound meditation on place; Kim evokes the urban and natural landscapes of Korea with transporting beauty. This novel will devastate you and then still you with its wise meditations on love and loss. I couldn’t put it down." - Alexis Schaitkin, author of Saint X

“[A] dreamy, intense debut…. The prose is ravishing and Kim demonstrates remarkable control of a complicated narrative. Even those with little knowledge of Korean history will come away struck by the way individuals shape and are shaped by the political and cultural changes of the first half of the 20th century.” - Publishers Weekly

“Beasts of a Little Land is an emotional, raw, and moving novel about friendship and the struggle for Korean independence. It is a novel unlike anything I've read. Most importantly, though, it is a novel about love. Juhea Kim writes beautifully in a way that makes it difficult to put this novel down. I loved it.” - Brandon Hobson, National Book Award finalist and author of The Removed

“In Beasts of a Little Land, Juhea Kim has taken the concept of inyeon—human thread—to weave a beautiful story in which human connections and encounters are preordained. She explores the ideas of fate, fortune, and destiny against the backdrop of the great turbulence and historic events that transpired on the Korean peninsula during the twentieth century. A spectacular debut filled with great characters and heart.” - Lisa See, author of Snow Flower and the Secret Fan

“Juhea Kim’s sweeping debut is pure reading pleasure. Rapturous, ravishing, and gorgeously rendered, Beasts of a Little Land is a portal to a whole world teeming with life, so full of wonders I wanted it never to end.” - Catherine Chung, author of The Tenth Muse

"Elegant and wise, lush and immersive, Beasts of a Little Land is Tolstoyan in its sweep and ambition as it brings to life the Korean struggle against Japanese occupation and the making of a modern nation in the first half of the 20th century. Juhea Kim is a conjurer of rare ability whose magnificent debut utterly enchants." - Keija Parssinen, author of The Unraveling of Mercy Louis 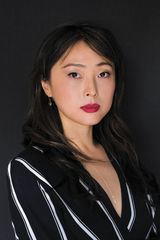 Thank you for signing up to receive news about Juhea Kim.