Jazz and the Underworld

Jazz and the Underworld

Dangerous Rhythms tells the symbiotic story of jazz and the underworld: a relationship fostered in some of 20th century America’s most notorious vice districts. For the first half of the century mobsters and musicians enjoyed a mutually beneficial partnership. By offering artists like Louis Armstrong, Earl “Fatha” Hines, Fats Waller, Duke Ellington, Billie Holiday, Lena Horne, and Ella Fitzgerald a stage, the mob, including major players Al Capone, Meyer Lansky, and Charlie “Lucky” Luciano, provided opportunities that would not otherwise have existed.

Even so, at the heart of this relationship was a festering racial inequity. The musicians were mostly African American, and the clubs and means of production were owned by white men. It was a glorified plantation system that, over time, would find itself out of tune with an emerging Civil Rights movement. Some artists, including Louis Armstrong, believed they were safer and more likely to be paid fairly if they worked in “protected” joints. Others believed that playing in venues outside mob rule would make it easier to have control over their careers.

Through English’s voluminous research and keen narrative skills, Dangerous Rhythms reveals this deeply fascinating slice of American history in all its sordid glory.

“This brilliant and courageous book lays bare an underside of our great American classical music—jazz—we must reckon with. Don’t miss it!” — DR. CORNEL WEST

"With Dangerous Rhythms, T.J. English once again demonstrates that he is not only our premier chronicler of modern criminal organizations in the U.S.A, and beyond, but also a seductive storyteller, masterfully folding memorable anecdote after anecdote into this diligently researched account of the intersection of jazz and the mob over the last century." — RICHARD PRICE, New York Times Bestselling Author of The Whites

"One of the best books on jazz history yet written." — ISHMAEL REED, Author of Mumbo Jumbo

“A tight storyteller, English provides a juicy mix of true crime and political intrigue, all set against the sexy sizzle of Havana nightlife.” — San Francisco Chronicle on Havana Nocturne

“While Havana Nocturne makes you glad that Batista and his gangster pals ultimately got what they deserved, it also makes you regret never having gotten the chance to soak up a few mojitos while catching the floor show at the old Tropicana.” — Village Voice

“Excellent.… [English] provides a detailed account of the personalities and elements that made up Cuban life. His well-researched descriptions of how business, gambling, politics, revolution, music and religion all played off each other give Havana Nocturne a broad context and a knowledgeable edge.” — Washington Post

“A mob saga that has it all—brotherhood and betrayal, swaggering power and glittering success, and a Godfather whose reach seems utterly unrivaled. What a relentless, irresistible read.” — Don Winslow on The Corporation

“English has scored gold again… Riveting nonfiction worthy of the best creative storyteller… A first-rate saga of crime and corruption that is further testament to the author’s reputation among the nation’s most accomplished writers.” — Library Journal (starred review) on The Corporation

“It’s a gripping, blood-soaked story, rich in drama and suspense; if it were a novel, you might expect to see Don Winslow’s name attached to it. Fans of true crime, especially those with a hankering for epic-sized stories, should flock to this book.” — Booklist on The Corporation

“A Mario Puzo-worthy epic story… And it really is a story, as much as it’s a history, in that it has characters we come to know intimately and a narrative arc… It builds to great, Godfather-like dramatic heights.” — Sullivan Co. Democrat on The Corporation

“This corporation is the Cuban exile version of the Mafia, and its adventures and misadventures might make Don Corleone blanch.… Battle … might have made a good study for Scarface…. English capably covers half a century of criminal enterprise, avoiding the clichés of the true-crime genre while stocking his narrative with familiar players: the capos and goons, the cops and informants, a mistress or two, and John F. Kennedy…. Fascinating reading.” — Kirkus Reviews on The Corporation

“The American mob has long been seen as run by Italians and their henchmen. Edgar-nominee English sets the record straight, emphasizing that Irish ingenuity first established the mob in the U.S. . . . an intense, erudite yet sometimes horrifying account of violent Celtic criminals who make the Dead End Kids look like choirboys.” — Publishers Weekly on Paddy Whacked 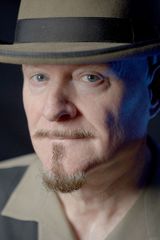 T.J. English is a noted journalist, screenwriter, and author of the New York Times bestsellers Havana Nocturne, Paddy Whacked, The Savage City, and Where the Bodies Were Buried. He also authored The Westies, a national bestseller, Born to Kill, which was nominated for an Edgar Award, and The Corporation. His journalism has appeared in Esquire, Playboy, and New York magazine, among other publications. His screenwriting credits include episodes for the television dramas NYPD Blue and Homicide, for which he was awarded the Humanitas Prize. He lives in New York City.

Thank you for signing up to receive news about T. J. English.