The bestselling account of the lives of five young women whose fates converged in the perplexing case of the Long Island Serial Killer. Now updated, with a new epilogue by the author.

One late spring evening in 2010, Shannan Gilbert—after running through the oceanfront community of Oak Beach screaming for her life—went missing. No one who had heard of her disappearance thought much about what had happened to the twenty-four-year-old: she was a Craigslist escort who had been fleeing a scene—of what, no one could be sure. The Suffolk County police, too, seemed to have paid little attention—until seven months later, when an unexpected discovery in a bramble alongside a nearby highway turned up four bodies, all evenly spaced, all wrapped in burlap. But none of them Shannan’s.

There was Maureen Brainard-Barnes, last seen at Penn Station in Manhattan three years earlier, and Melissa Barthelemy, last seen in the Bronx in 2009. There was Megan Waterman, last seen leaving a hotel in Hauppauge, Long Island, just a month after Shannon’s disappearance in 2010, and Amber Lynn Costello, last seen leaving a house in West Babylon a few months later that same year. Like Shannan, all four women were petite, in their twenties, and had come from out of town to work as escorts, and they all had advertised on Craigslist and its competitor, Backpage.

Lost Girls is a portrait of unsolved murders in an idyllic part of America, of the underside of the Internet, and of the secrets we keep without admitting to ourselves that we keep them. Long considered “one of the best true-crime books of all time” (Time), this edition includes a new epilogue that speaks to developments in the case, including the shocking fate of Mari Gilbert, Shannan’s mother, for whom this case became the crusade of a lifetime.

“Kolker is a careful writer and researcher...[he paints] a far more nuanced picture of each young woman than any screaming headline could.” - Miami Herald

“Through extensive interviews with the victims’ families and friends, Kolker creates compassionate portraits of the murdered young women, and uncovers the forces that drove them from their respective home towns into risky, but lucrative, careers as prostitutes in a digital age.” - New Yorker

“Robert Kolker unflinchingly probes the 21st-century innovations that facilitated these crimes… ...An important examination of the socioeconomic and cultural forces that can shape a woman’s entry into prostitution.” - Kirkus Reviews

“Beautifully and provocatively written.... [Lost Girls] will make all but the hardest-hearted empathetic. Add a baffling whodunit that remains, as the subtitle indicates, unsolved, and you have a captivating true crime narrative that’s sure to win new converts and please longtime fans of the genre.” - Publishers Weekly (starred review)

“Robert Kolker’s LOST GIRLS is reportage at the highest level; it’s miss-your-bedtime storytelling… It’s a wonder.” - Darin Strauss, author of Half A Life

“Lost Girls is a marvelous book, taking a complicated, trying story and making it compulsively readable. Kolker is an outstanding reporter and a sensitive narrator who does justice to a horrible tragedy by paying exactly the kind of attention that no one else did, or would.” - Nick Reding, author of Methland

“The absence of the killer is the making of this book, a constraint that allows it to become extraordinary…humane and imaginative…[Kolker] shows the dented magnificence and universal sorrow within ordinary lives, and makes you realize how much more they are worth.” - Laura Miller, Salon

“Kolker indulges in zero preaching and very little sociology; his is the lens of a classic police reporter. And often in Lost Girls, the facts are eloquent in themselves.” - Newsday

“Readers expecting an SVU-style true-crime story will be disappointed. But through detailed profiles of the victims themselves, Kolker has written a more provocative book—a book that is as much about class and economic pressures as it is about sex work and murder.” - The Daily Beast

“Meticulously reported and beautifully written, Robert Kolker’s Lost Girls is a haunting and powerful crime story that gives voice to those who can no longer be heard. It is a story that you will not be able to forget.” - David Grann, author of Killers of the Flower Moon

“A rare gem of a book that not only tells a riveting story but illuminates something about a slice of America and gets into a lot of very deep issues. Its really great on every front.” - Slate, DoubleX

“Riveting and often heartbreaking...a lashing critique of how society, and the police, let these young women down.” - New York Times

“Immensely evocative...we are left with is a visceral understanding of the lives of the victims and why they should have mattered more.” - New York Daily News

“So masterful.” - Megan Abbott, author of Dare Me , via Twitter

“By learning the intimate details of the women’s lives, seeing them as humans rather than victims, we see our similarities…Lost Girls is possibly the realest, fullest picture of what is happening with sex work in the US right now.” - The Guardian (UK)

“Kolker does not hold back in addressing the fact that there was dysfunction in these women’s lives. They were drug addicts and teenage mothers and petty criminals. They suffered. But he can also see that within those circumstances they had moments of strength and self-assurance. ” - Barnes & Noble Review

“Lost Girls is partly unsolved mystery...[partly]the intimate story of the five women… [and] a case study in the profound impact of the Internet, and particularly Craigslist, on the business of buying and selling sex.” - National Post (Canada) 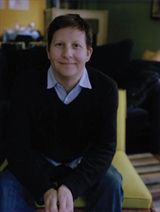 Thank you for signing up to receive news about Robert Kolker.