Just as the documentary Eyes on the Prize captured the rich drama of the civil rights movement, Sacred Liberty brings to life the remarkable story of how America became one of the few nations in world history that has religious freedom, diversity and high levels of piety at the same time. Finally, Sacred Liberty provides a roadmap for how, in the face of modern threats to religious freedom, this great achievement can be preserved.

“Religious freedom, enshrined in the First Amendment, is central to America’s identity. Waldman shows how remarkable that is, and how tenuous.” — New York Times

“Without freedom of conscience the whole history of the nation--and world--might be very different. We are lucky that Waldman has written this compelling study of the most essential breakthrough of modernity: the right to believe, or not, as one wishes. A great book about a monumental issue.” — Jon Meacham, Pulitzer-Prize-winning author of The Soul of America

“A powerful account of American religion since the colonial period...This insightful study is grounds for guarded optimism. It shows that the advance of decency has been steady, heartening—and fragile.” — The Economist

“This is an important and fascinating book full of riveting stories, provocative insights, inspiring heroes, and some serious warnings. The American model of religious freedom should be the envy of the world.  But if we don’t understand how we made this great ‘invention,’ we could easily squander the achievement.” — Reza Aslan, author of Zealot and God: A Human History

“Essential reading…. Waldman tells a fascinating story in a fascinating way. He writes with care, verve, and insight. With an eye to detail and anecdote, he challenges many common prejudices. Sacred Liberty will both comfort and discomfort its diverse audience.” — Christian Century, Paul Marshall

“Waldman seeks to bring some perspective and sanity back to discussions of religious liberty. And, on the whole, he achieves his aim: Reminding liberals that religious liberty really is a good thing and something to cherish, and reminding conservatives that none of the First Amendment rights are absolute.” — National Catholic Reporter

“Waldman offers a sweeping overview of how the United States built a unique model of ‘religious freedom’...Waldman can place current debates about religious liberty into sociopolitical and historical perspective.” — The Humanist

“Useful . . . an overview of religious liberty and prejudice in American history.” — World magazine

“Waldman outlines countless attacks on people of faith throughout the country’s history and interreligious tension that persists to this day. . . . Despite tough conclusions like this, Waldman isn’t arguing that America’s religious freedom laws are worthless. Instead, [he] helps people see why this is worth fighting for.” — Deseret News

“This well-researched and fascinating book is a must read for all of us.” — Washington BookReview

“Americans take for granted that religious liberty is one of the country’s founding principles. Sacred Liberty provides the vivid, detailed, little-known stories of the people who first defended that principle and have continued to re-shape and revive it in dramatically changing circumstances. Surprising, instructive, very timely, and wise.” — James Fallows, author of Our Towns: A 100,000-Mile Journey Into the Heart of America

“Steven Waldman has given us an extraordinarily readable journey through a thorny landscape: America’s struggle to get religious liberty right. Agree or not with all of his conclusions, you cannot ignore the importance of his thesis that religious freedom must be a level ground for all sincerely held religious beliefs.” — Craig L. Parshall, conservative First Amendment attorney and bestselling author

“This is what we need to know about the history of religious freedom in America. It is often an uncomfortable story, frequently infuriating, sometimes inspiring, consistently challenging. Waldman draws the reader into this epic struggle with a vivid and engaging narrative.” — Ingrid Mattson, Former Head of the Islamic Society of North America

“At a moment of renewed animus against minority faiths, Steven Waldman provides both a stirring defense of religious freedom and a warning against the forces that continue to threaten it. His book is a tour de force, crafted with an historian’s eye and a journalist’s flair.” — Jonathan Zimmerman, Professor of History of Education, University of Pennsylvania

“Well-researched and eye-opening. This compelling book is a must read for anyone whose life is impacted by the search and the fight for religious freedom. And that’s all of us whether we know it or not; whether we follow a religion or we don’t.” — Sylviane A.  Diouf, author of Servants of Allah: African Muslims Enslaved in the Americas

“Waldman’s treatment of the religious intolerance that Catholics endured in the United States is especially interesting. It’s also instructive now that many Catholics are making common cause on this issue alongside the spiritual heirs of the very Protestants who recently saw Catholics as unworthy of equal treatment.” — David Gibson, Director of the Center on Religion and Culture at Fordham University

“General readers of American history will find much to enjoy in Waldman’s exploration of the evolution of American religious freedoms.” — Publishers Weekly

“An energetic history surveys America’s commitments to religious liberty from the 17th century to the present. . . . An informative account.” — Kirkus Review

“Steven Waldman has made a permanent impact on religious discourse.” — State of Belief Radio

“Wooa. It is a powerful read. It knocked me out.” — Jim Barter, KIKO Phoenix

“Offer[s] perspective and insight to an ongoing debate that is too often dominated by passion and emotion.” — Catholic News Service, Timothy Walch

“A master narrative that lets readers fit the distortions and misperceptions of both sides—and yes, both sides have some—into informed perspective.” — Moment magazine

“Argues persuasively that religious freedom coupled with the fervor of new religious movements have sparked great transformations in American society, from abolition to women’s rights to the Civil Rights Movement to gay marriage. The aspirational goal of true and complete religious tolerance has made us a better country.” — Friends Journal

“Waldman focuses on events that are too little known. . . . Balanced . . . well-written and accessible . . . a rich, historical account [that] makes a valuable contribution.” — Journal of Church and State

“Engaging . . . addresses the more crucial events in a thoughtful and balanced manner. . . . The book can generously be placed within the broad category of works by authors such as Jon Meacham, Stephen Ambrose, and Doris Kearns Goodwin.” — Church History

“This informative and fact-filled volume is the most sobering and disquieting book I have read in many years. . . . We can only hope that Waldman’s suggestions are viewed positively by society's leaders and citizens, and that religious freedom can be saved." — Nova Religio Journal

“A look at America that few know fully. It is a story of why religious freedom is so important for us—an essential read for those who wish to understand a broader landscape of diversity and inclusion across America.” — Religion & Education 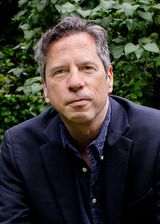 STEVEN WALDMAN is the national bestselling author of Founding Faith and co-founder of Report for America, a national service program that places talented journalists into local newsrooms. He was National Editor of US News & World Report, National Correspondent for Newsweek, and co-founder of Beliefnet.  His writings have also appeared in The Wall Street Journal, The New York Times, Washington Post, National Review, Christianity Today, The Atlantic, First Things, The Washington Monthly, Slate, The New Republic and others. He lives in Brooklyn with his wife, Amy Cunningham.

Thank you for signing up to receive news about Steven Waldman.