From the acclaimed landscape designer, historian and author of American Eden, a lively, unique, and accessible cultural history of modern cities—from suburbs, downtown districts, and exurban sprawl, to shopping malls and “sustainable” developments—that allows us to view them through the planning, design, architects, and movements that inspired, created, and shaped them.

Dream Cities explores our cities in a new way—as expressions of ideas, often conflicting, about how we should live, work, play, make, buy, and believe. It tells the stories of the real architects and thinkers whose imagined cities became the blueprints for the world we live in.

From the nineteenth century to today, what began as visionary concepts—sometimes utopian, sometimes outlandish, always controversial—were gradually adopted and constructed on a massive scale in cities around the world, from Dubai to Ulan Bator to London to Los Angeles. Wade Graham uses the lives of the pivotal dreamers behind these concepts, as well as their acolytes and antagonists, to deconstruct our urban landscapes—the houses, towers, civic centers, condominiums, shopping malls, boulevards, highways, and spaces in between—exposing the ideals and ideas embodied in each.

From the baroque fantasy villages of Bertram Goodhue to the superblocks of Le Corbusier’s Radiant City to the pseudo-agrarian dispersal of Frank Lloyd Wright’s Broadacre City, our upscale leafy suburbs, downtown skyscraper districts, infotainment-driven shopping malls, and “sustainable” eco-developments are seen as never before. In this elegantly designed and illustrated book, Graham uncovers the original plans of brilliant, obsessed, and sometimes megalomaniacal designers, revealing the foundations of today’s varied municipalities. Dream Cities is nothing less than a field guide to our modern urban world.

Illustrated with 59 black-and-white photos throughout the text.

“An excellent and novel exploration of key ideas behind city spaces and the behaviors they engender. . . . Mr. Graham is as masterly as a novelist when it comes to character development and narrative.” - Wall Street Journal

“An intriguing architectural history and an effective antidote to the excesses of urban renewal and city planning.” - Kirkus

Praise for American Eden: “An ambitious study of the forms and ideas of the contemporary city.... Graham wants us to see these urban and architectural forms afresh, not as the drab commonplaces they have become but as the work of visionaries ‘whose dreamed-of cities became the blueprint for the world we actually live in.’” - New York Times Book Review 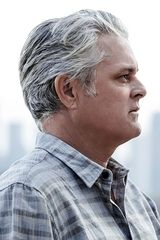 Wade Graham is a Los Angeles–based garden designer, historian, and writer whose work on the environment, landscape, urbanism, and the arts has appeared in the New Yorker, Harper’s, the Los Angeles Times, Outside, and other publications. An adjunct professor of public policy at Pepperdine University, he is the author of American Eden: From Monticello to Central Park to Our Backyards: What Our Gardens Tell Us About Who We Are.

Thank you for signing up to receive news about Wade Graham.