Faith, Lies, and the War on Terror: The Lives of Ayaan Hirsi Ali and Aafia Siddiqui

Faith, Lies, and the War on Terror: The Lives of Ayaan Hirsi Ali and Aafia Siddiqui

Wanted Women is the extraordinary tale of two women and their opposing roles in the War on Terror. Award-winning journalist Deborah Scroggins recounts the lives of Ayaan Hirsi Ali, a Somali-born former member of parliament in the Netherlands and fierce critic of Islam, and Aafia Siddiqui, an American-educated Pakistani scientist with ties to al-Qaeda who is currently in prison in the U.S.

Both Hirsi Ali and Siddiqi grew up in a world where women’s lives were restricted by religion and cultural tradition. And each came to assert her own individuality, albeit in radically different ways, becoming living symbols of the worldviews they embraced. Wanted Women is a riveting examination of the crossroads between women’s rights, Islamic fundamentalism, and misconceptions about women and warfare that are still prevalent in both Western and Muslim society. Deborah Scroggins is a journalist and author. She holds a masters degree in international affairs from Columbia University. Her first book, Emma’s War: An Aid Worker, a Warlord, Radical Island, and the Politics of Oil, was translated into ten languages and is being made into a major motion picture. Scroggins was a foreign correspondent for the Atlanta Journal-Constitution and has written for Vogue, Granta, The Nation, the Sunday Times Magazine, and many other publications. She is married and has two daughters.

“Scroggins, with her journalistic doggedness, does a remarkable job of reporting and reconstruction, and WANTED WOMEN serves as a valuable contribution to contemporary history, recounting two ways in which a modern woman’s identity can be hers for the making—even if the outcome is tragic.” — New York Times Book Review

“Scroggins attempts to give a thorough biographical treatment to two women who remain enigmas, despite their status as public figures. The book alternates between each woman’s story, making for riveting suspense. . . . A fascinating story that reflects this polarized era.” — Washington Post

“Gripping and finely textured. . . . By flipping between the two lives, the book cleverly shows how both women were influenced by successive events in history. . . . It does add greatly to the understanding of several interlocking conflicts, some grand and geopolitical and others intimate and personal.” — The Economist

“While the parallels are fascinating, the book’s strength is in its clear-eyed yet sympathetic storytelling. Somehow Scroggins manages to convert a mountain of research into a fast-paced, truly gripping pair of stories.” — Boston Globe

“Scroggins’ research is wide-ranging and impeccable, and she keeps readers on the edge of their seats with her compelling prose. If we can understand Siddiqui and Ali, then we will have a better chance of understanding the war on terror.” — Booklist (starred review)

“This meticulously researched, skillfully narrated account offers a nuanced look at political Islam and the “war on terror” through the eyes of two women on the front lines.” — Publishers Weekly (starred review)

“Wanted Women reads like a mystery as one event unfolds into another. . . . Thought-provoking and thorough, Scroggins’s comprehensive book offers a unique perspective on the tensions between Islam and the West as seen through the life stories of two very different and influential women.” — Christian Science Monitor 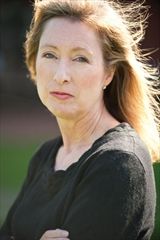 Deborah Scroggins is the author of Emma's War, which was translated into ten languages and won the Ridenhour Truth-Telling Prize. Scroggins has written for the Sunday Times Magazine, The Nation, Vogue, Granta, and many other publications, and she won two Overseas Press Club awards and a Robert F. Kennedy Journalism Award as a foreign correspondent for the Atlanta Journal-Constitution. She divides her time between Barnstable, Massachusetts, and Washington, D.C.

Thank you for signing up to receive news about Deborah Scroggins.