The Half-Century Fight for Lesbian and Gay Equal Rights

The Half-Century Fight for Lesbian and Gay Equal Rights

From its beginnings after World War II to the campaign for civil rights in the age of AIDS, the struggle of gays and lesbians to gain dignity, visibility, and equal treatment under the law has been one of America’s most dramatic political movements. In Making Gay History, Eric Marcus features the heartfelt stories of more than sixty people, documenting the compelling five-decade battle that has changed the fabric of American society.

Marcus recorded the oral histories of a diverse group of Americans, both gay and straight. Teachers, lawyers, scientists, religious leaders, a drag queen, and a football hero all appear in Making Gay History, along with public figures like Al Gore and Ellen DeGeneres. Together, these many stories bear witness to a time of astonishing change as gay and lesbian people have struggled against prejudice and fought for equal rights. Eric Marcus is a former associate producer for both CBS This Morning and Good Morning America and coauthor with Greg Louganis of Breaking the Surface, the #1 New York Times best-seller, and the author of Together Forever: Gay and Lesbian Couples Share Their Secrets for Lasting Happiness and The Male Couple’s Guide. He is a graduate of Vassar College and Columbia University. “Marcus … allows these stories of individual identity and courage to shine. Each story is told in strikingly different language and each is deeply personal and very often poignant.” — Chicago-Sun Times

"Making History is one of the definitive works on gay life. Through this collective testimony we may come to understand what it is to be 'the other'; in short, the other part of ourselves." — Studs Terkel

"Making History bears witness to the common dignity and humanity of its subjects and reminds us that in everyday courage and outrage, progress toward civil rights for all people is rooted." — K. Kaufman, San Francisco Chronicle

"[Making History] is a testament to the courage of individuals who have effected a positive change in our society." — Publishers Weekly

"…Rich and often moving…at times shocking, but often enlightening and inspiring: oral history at its most potent and rewarding." — Kirkus Reviews

"A contribution to the scholarship of gay activism….Marcus succeeds in giving a human face to what we are invited to regard as a historical phenomenon." — The Los Angeles Times

"Marcus…allows these stories of individual identity and courage to shine. Each story is told in strikingly different language and each is deeply personal and very often poignant." — Chicago-Sun Times

“As in the best of novels, there's a little bit of everything along the way: humor, anger, sensuality, poignant self-revelation, and transcendent courage.” — Armistead Maupin 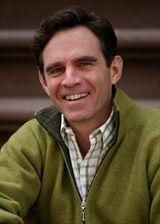 Eric Marcus is the author of several books and coauthor of Breaking the Surface, the number one New York Times bestselling autobiography of Olympic diving champion Greg Louganis.

Thank you for signing up to receive news about Eric Marcus.