Follow along as Agatha Christie Master Teacher Stephanie and her students tackle Murder on the Orient Express. You’ll discover: 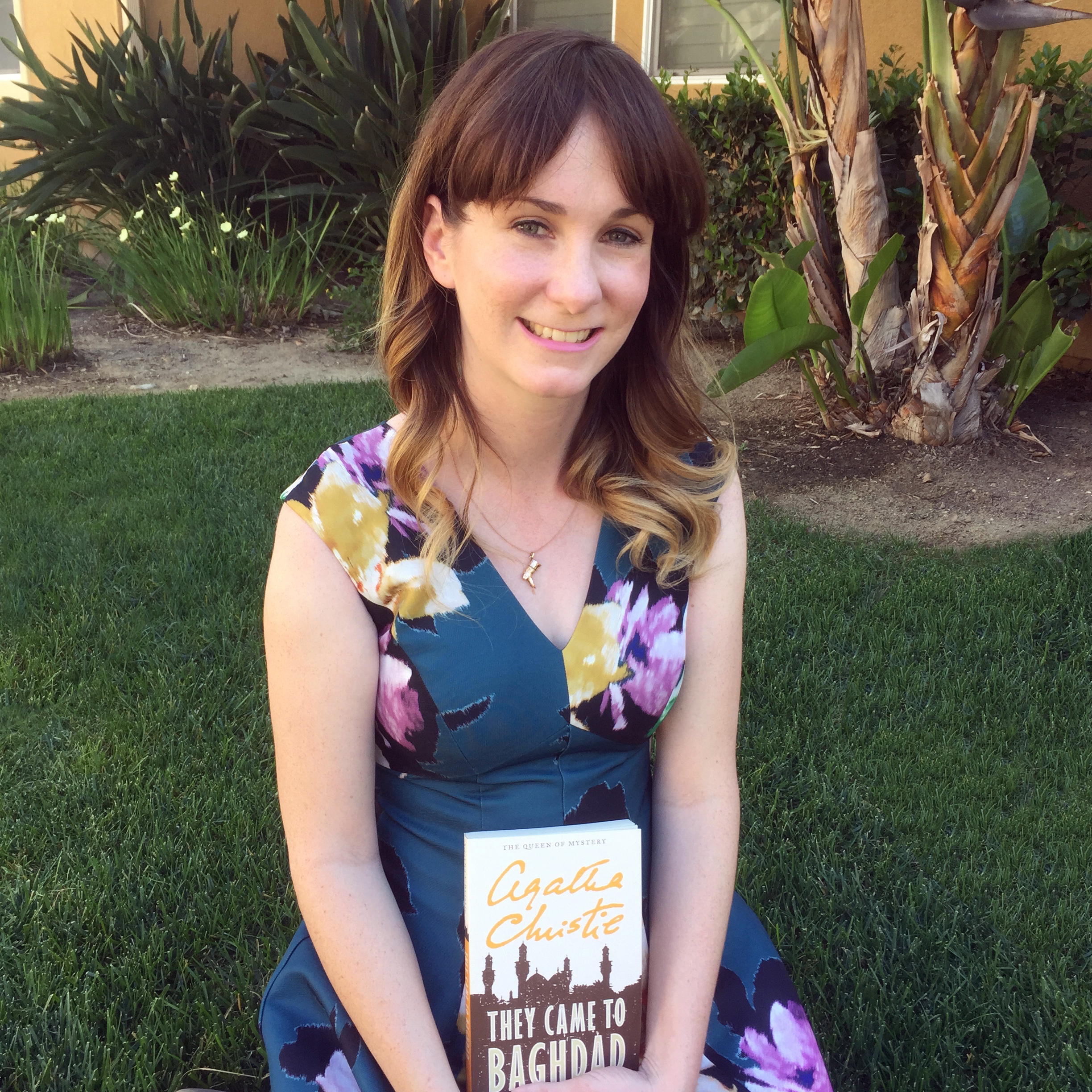 Which Agatha Christie mystery will you teach next?

We talk with Agatha Christie Master Teacher, Stephanie Owens, about teaching a variety of Christie titles—and why these books appeal to modern students.

“Students are engaging with the novels in a way that they are just not doing with Great Expectations or The Catcher In the Rye….They are trying to solve the murder….They get to play the detective…. On a deeper level, she gives students  important themes to discuss…. Is our justice system flawed?.... Female independence…. There’s a lot there to dig into.” 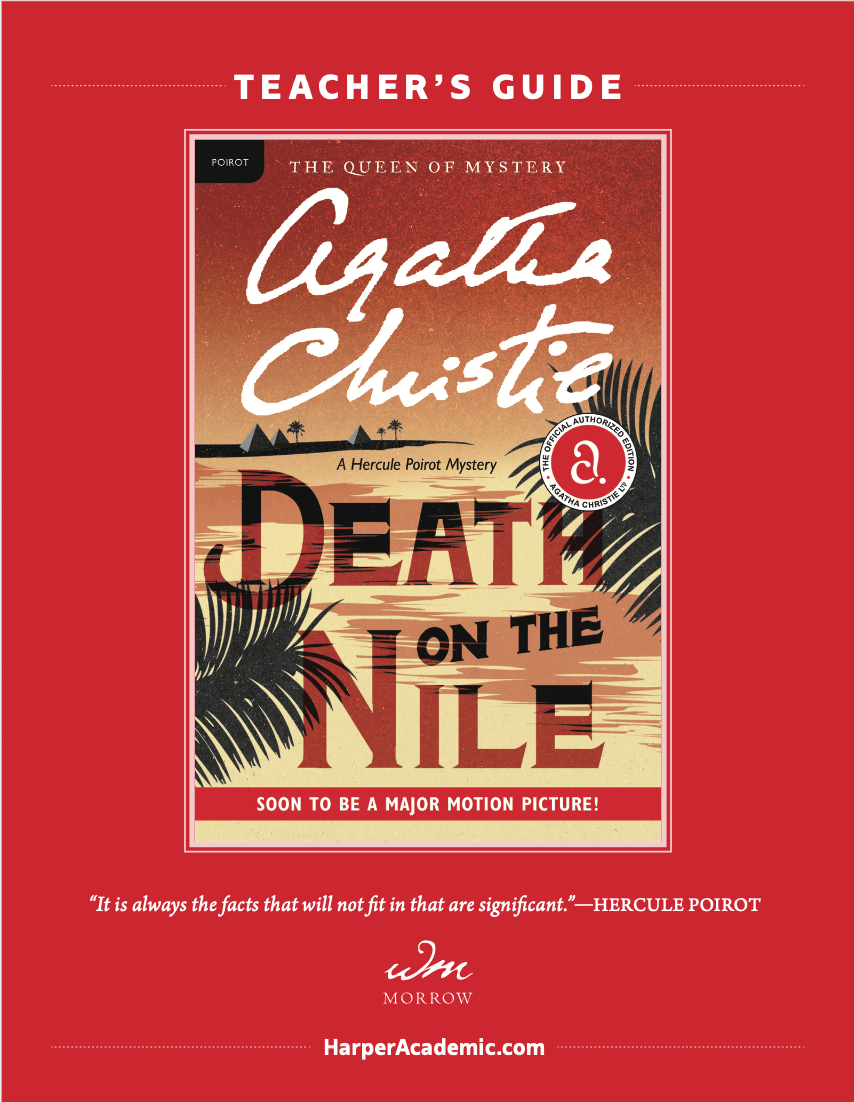 Get ready for the film of Death on the Nile with this Teacher’s Guide from Stephanie Owens.

Death on the Nile comes to Netflix February 2022. Watch the latest trailer here.

Our Teacher’s Guide is divided into two sections. The first, “Discussion Questions,” will help students with reading comprehension and appreciation. The second section, “Writing and Essay Prompts,” is subdivided into three sections: Argumentative, Expository, and Narrative. A Detective Log is also provided for students to use while reading the novel to track suspects, clues (including red herrings), and the solution. You’ll find it here. 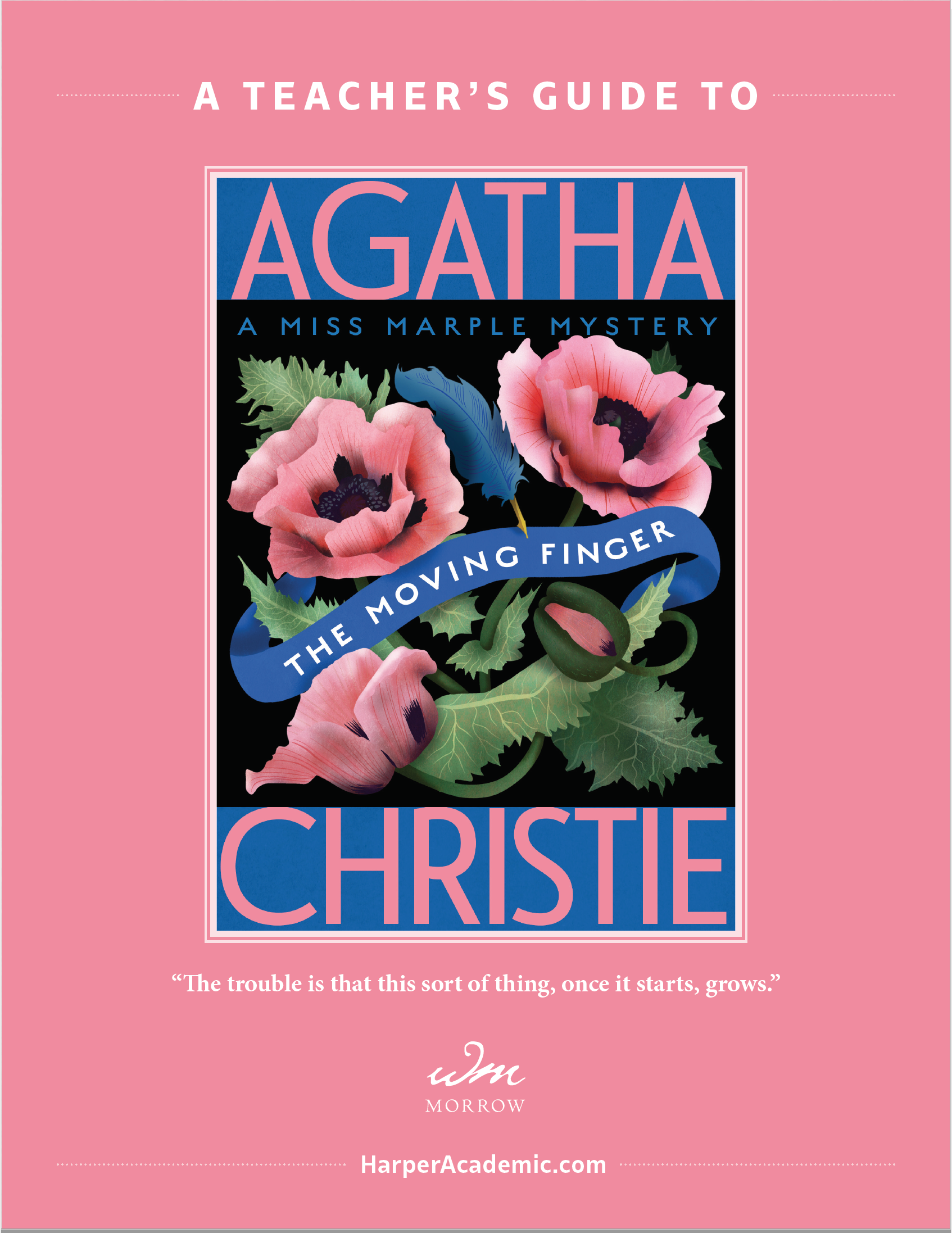 “The trouble is that this sort of thing, once it starts, grows.”

Agatha Christie considered The Moving Finger to be one of her best novels. “It is a great test,” she added, “to re-read what one has written some seventeen or eighteeen years later. One’s view changes. Some to not stand the test of time, others do.”

A spate of poison pen letters wreaks havoc on an English village—and two murders are committed. Once a place of trust, now all inhabitants are full of accusations. Miss Marple makes a late enterance but is as astute as ever. Readers see events unfold from the view of Jerry Burton who is recuperating while recovering from an accident.

Having grown up with social media, today’s young readers will relate to the spread of misinformation, and gossip seems to be an innately human behavior across generations.

Our Teacher’s Guide—written by Stephanie Owens—is divided into four section sections: “Guided Reading Questions,” “Argumentative Essays,” “Expository Essays,” and “Narrative Essays.” A Detective Log is also included in the guide for students to use while reading the novel to track suspects, clues (including red herrings), and the solution.

AnnMarie Byrnes holds a B.A. in English and Fine Arts from St. Joseph’s University in Philadelphia and a M.A. in English from Rutgers University in Camden, NJ.  She has taught English since 1980 at Holy Cross Academy, a private high school in New Jersey, and has served as English department chair. Click on the image to download the guide. 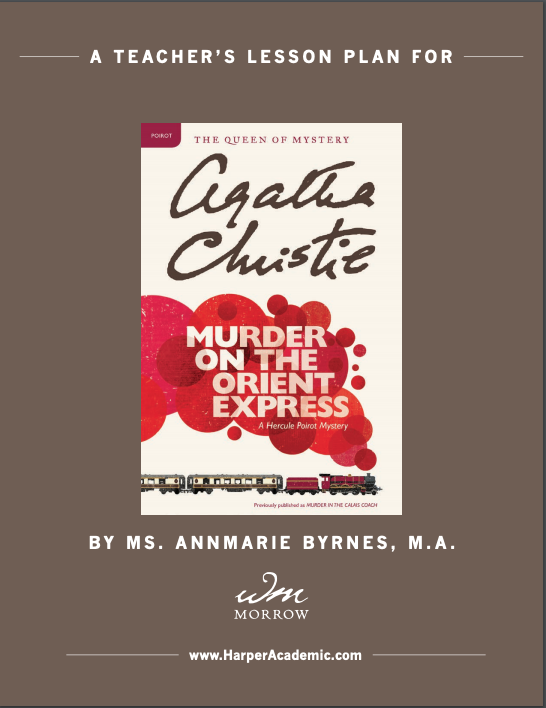 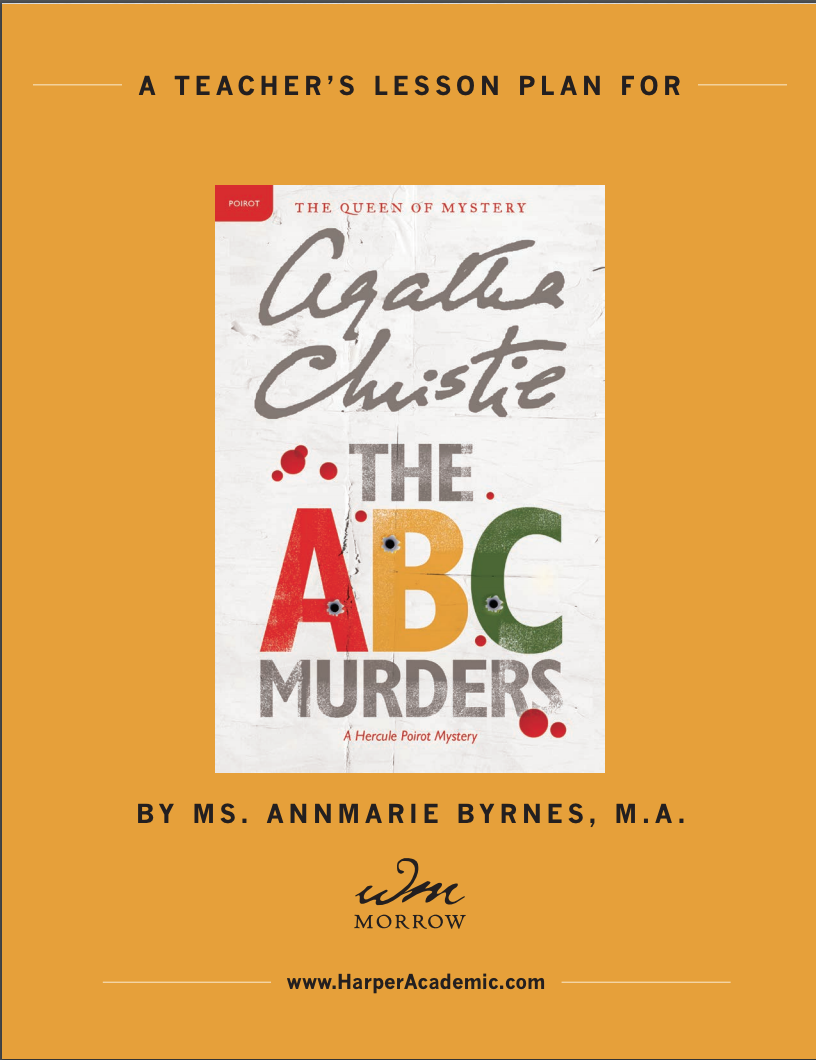 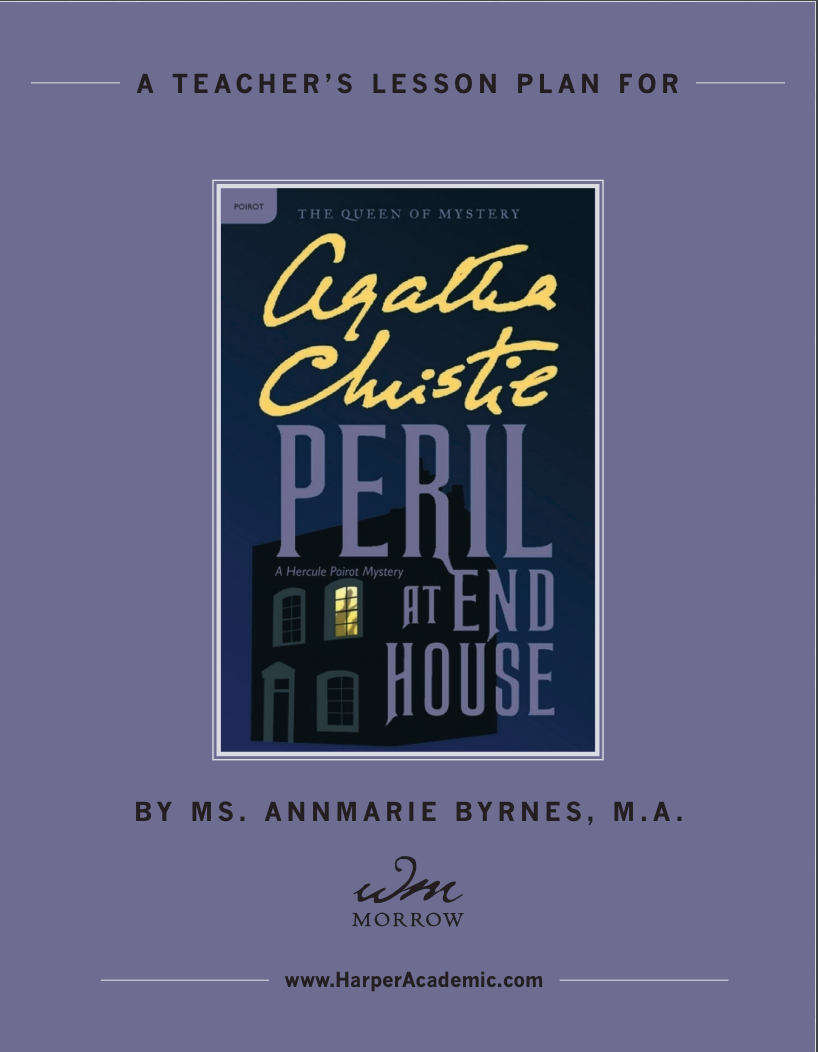 Meet the Common Core State Standards with the Queen of Crime. 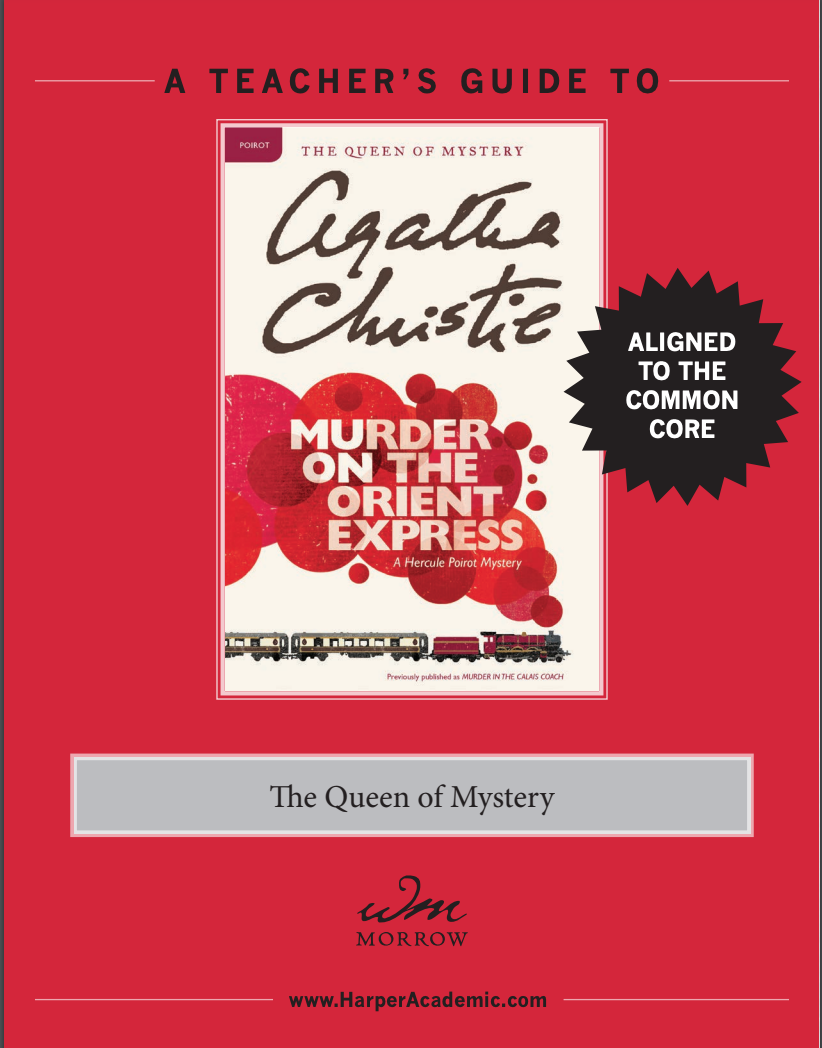 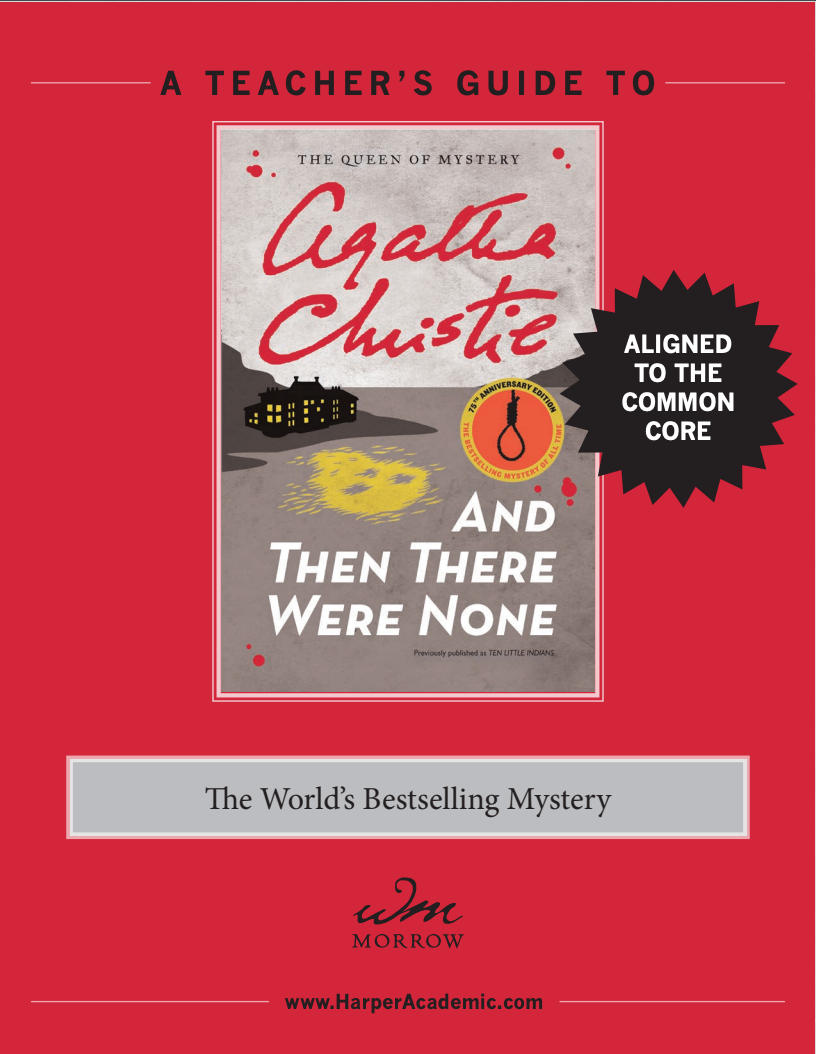 Justin Smith, a teacher in New York City, shares how he prepared his students to read And There Were None.