Coming of Age in Samoa

A Psychological Study of Primitive Youth for Western Civilisation

Coming of Age in Samoa

A Psychological Study of Primitive Youth for Western Civilisation

This beautifully written study of youth details Margaret Mead’s historic trip and first fieldwork. It established Mead’s core insights into childhood and culture that challenged and changed our view of life.

Mead’s groundbreaking book, dedicated to the girls of Tau, was one of the first studies to pay attention to girls’ lives. Her keen observations contain many ideas that are still powerful today—that sexuality is culturally-shaped, that adolescence need not be stressful, and that the lives of adolescent girls are worthy of attention and respect.Because Mead had a rich and sophisticated view of the multiple factors that shape human beings, her work has a relevance and resonance with issues of today. Coming of Age in Samoa influenced the nature vs. nurture debate that raged in the beginning of the 20th century and still rages today. Her viewpoint on the destructive effects of isolation and intensity in nuclear families influenced the first generation of family therapists. Early advocates of sexual freedom, such as Havelock Ellis, admired this book. Her analysis of the problems of teens is strikingly modern. The Samoa that Mead wrote about no longer exists. Even Mead, the expert on social change, couldn’t predict the rapidity with which worlds would disappear in the last century. But Mead did not go to Samoa just to study Samoans. Rather she wanted to understand the whole human race.Clinical psychologist Mary Pipher’s work is infused with an awareness of the cultural impact on individual psychology. In the Introduction to the Perennial Classic edition of Coming of Age in Samoa, she places Mead as the matriarch of family therapy and child and adolescent development. And as an observer of the sexual development of teenage girls, Pipher is a faithful heir to Mead’s Samoan fieldwork and studies. 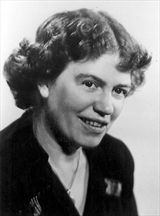 Margaret Mead (1901-1978) began her remarkable career when she visited Samoa at the age of twenty-three, which led to her first book, Coming of Age in Samoa. She went on to become one of the most influential women of our time, publishing some forty works and serving as Curator of Ethnology at the American Museum of Natural History as well as president of major scientific associations. She was awarded the Presidential Medal of Freedom following her death in 1978.

Thank you for signing up to receive news about Margaret Mead.