The action moves west in A.K. Mulford’s romantic, action-packed epic fantasy series, The Five Crowns of Okrith, as young fae warrior Bri investigates the murder of her queen while protecting the beautiful princess she may be falling for.

Determined to uncover who killed the Western Queen, fae warrior Briata Catullus sets out on a mission to defeat the witch hunters and safeguard her princess. But when she arrives at the Western Court, things are even worse than she feared. The icy reception from the fae is the least of her problems—they’ve heard the prophecy that Bri will seize the crown from its sovereign, and the last thing they want is for her to usurp the throne. No, the witch hunters are out for royal blood, and it will take everything Bri has to keep them at bay.

It doesn’t help that, still grieving the loss of her mother, Princess Abalina Thorne is reluctant to allow Bri into her confidence, only agreeing to let her serve as one of her guards at the behest of the princess’ cousin.

As the threat of the witch hunters grows, they find themselves thrown together, working closely to uncover the secret plot of their enemies. Along the way, the princess realizes that Bri is one of the few people she can trust. But Bri is determined to forge her own path and prove the prophecy wrong, not letting the beautiful Lina distract her from defeating the witch hunters. She has a duty to the princess, a duty to the Western Court, and a duty to her own destiny.

But what about the duty to her heart?

"Mulford combines steamy scenes with palace intrigue and fearsome battles. Newcomers should start with book one, but series fans will be enthralled with Bri and Lina’s story. Perfect for fans of Sarah J. Maas and Jennifer L. Armentrout, this fantasy romance is recommended for all public-library collections.”  — Booklist 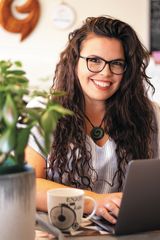 Thank you for signing up to receive news about A.K. Mulford.