“Meticulously researched …compels us to confront the current-day legacy of these Nazi ties.” —Wall Street Journal

A groundbreaking investigation of how the Nazis helped German tycoons make billions off the horrors of the Third Reich and World War II—and how America allowed them to get away with it.

In 1946, Günther Quandt—patriarch of Germany’s most iconic industrial empire, a dynasty that today controls BMW—was arrested for suspected Nazi collaboration. Quandt claimed that he had been forced to join the party by his archrival, propaganda minister Joseph Goebbels, and the courts acquitted him. But Quandt lied. And his heirs, and those of other Nazi billionaires, have only grown wealthier in the generations since, while their reckoning with this dark past remains incomplete at best. Many of them continue to control swaths of the world economy, owning iconic brands whose products blanket the globe. The brutal legacy of the dynasties that dominated Daimler-Benz, cofounded Allianz, and still control Porsche, Volkswagen, and BMW has remained hidden in plain sight—until now.

In this landmark work of investigative journalism, David de Jong reveals the true story of how Germany’s wealthiest business dynasties amassed untold money and power by abetting the atrocities of the Third Reich. Using a wealth of previously untapped sources, de Jong shows how these tycoons seized Jewish businesses, procured slave laborers, and ramped up weapons production to equip Hitler’s army as Europe burned around them. Most shocking of all, de Jong exposes how America’s political expediency enabled these billionaires to get away with their crimes, covering up a bloodstain that defiles the German and global economy to this day.

“Lucid, and damning, David de Jong's Nazi Billionaires unearths decades of family secrets and exposes the tainted origins of several of the world's most significant dynastic fortunes. As adept in the archive as he is on the page, de Jong draws on a vast wealth of historical evidence to tell an absorbing—and infuriating—tale of complicity, coverup, and denial, and to unearth the sordid war crimes behind some of today's most vaunted consumer brands.” — Patrick Radden Keefe, New York Times bestselling author of Empire of Pain and Say Nothing, winner of the National Book Critics Circle Award

"De Jong is thorough in his tracing of business and personal relationships and sensitive to the complexities of opportunism and collaboration. But the picture he paints is a damning one, pointing to the complicity of those who allowed war crimes to go unpunished." — Booklist

"A sturdy account of the financial side of Nazi evil that resonates today ... It’s to de Jong’s credit that he brings many of these events back into the historical spotlight." — Kirkus Reviews

“Eloquent, thorough, and profound, David de Jong’s brilliant debut illuminates a dark chapter of the past while also shining a stark and uncanny light onto our present, and, perhaps, our near future—showing how an insidious mix of capitalism and fascism can destroy democracy and countless lives. An absolute must-read." — Norman Ohler, New York Times bestselling author of Blitzed: Drugs in the Third Reich

"David de Jong's explosive debut of narrative nonfiction is as riveting as it is disturbing. At times, it felt like reading the anti-Schindler's List: instead of secretly helping the Jews, Germany's most powerful tycoons brutally exploited their suffering for personal profit. The fact that some of Germany's greatest fortunes are deeply intertwined with the ignominies of the Third Reich should be much better known—and thanks to Nazi Billionaires, it will be." — Bradley Hope, New York Times bestselling coauthor of Billion Dollar Whale: The Man Who Fooled Wall Street, Hollywood, and the World

"In an age when the turpitude of the wealthy is getting new attention, David de Jong’s sleuthing has uncovered a remarkable and upsetting web of connections between the signature evil of the twentieth century and fabulous riches today. With its finely wrought stories of German individuals and families—including Jews who were expropriated—Nazi Billionaires suggests that even today amends have not yet been made for the profits that some reaped in an era of horror." — Samuel Moyn, Henry R. Luce Professor of Jurisprudence at Yale Law School and a professor of history at Yale University 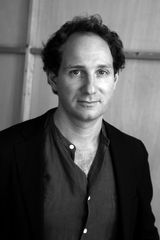 David de Jong is a journalist who previously covered European banking and finance from Amsterdam and hidden wealth and billionaire fortunes from New York for Bloomberg News. His work has also appeared in Bloomberg Businessweek, the Wall Street Journal, and the Dutch Financial Daily. A native of the Netherlands, de Jong currently lives in Tel Aviv. He spent four years researching and writing this book from Berlin.