The Reddit Revolution and the Rise of the Rich Kids

The Reddit Revolution and the Rise of the Rich Kids

From renowned financial and technology journalist Nathaniel Popper the dramatic story of a new generation of financial strivers, living online and playing the stock and crypto markets by a new set of rules. Following a cast of young, all male characters, who went from the fringes of the internet to the front pages of newspapers, The Degenerate Generation tells the tale of how social media, crypto and startups like Robinhood and Reddit allowed for the formation of a powerful online movement in which the most unlikely participants took on the old guard—and each other.

In The Degenerate Generation, journalist Nathaniel Popper charts the evolution from the idealism of Occupy Wall Street in 2011 to the anarchic chaos of the GameStop frenzy in 2021 and the market crash of 2022. Showing how a combination of new technology and broader cultural and economic forces created an online revolution led by bands of predominantly young men, who gathered on Reddit and proudly referred to themselves as “degenerates.” This unlikely online gang took their frustration at the current economic system and social climate and created a powerful cultural movement that upended global financial markets and set in motion far reaching changes to how money flows through the economy—all of this just a decade after a financial crisis that most people assumed would forever kill interest in the stock markets. A character driven, human story of kids who made and lost millions, battled with each and with Wall Street for power, and ultimately upended the economy, The Degenerate Generation is a fast moving, suspenseful, and sobering account of how millions of young Americans became obsessed with money and the markets and how that has affected politics, popular culture, finance and more. 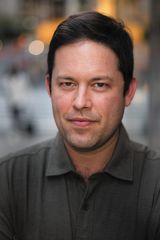 Nathaniel Popper is a reporter at The New York Times. Before joining The Times, he worked at the Los Angeles Times and the Forward. Nathaniel grew up in Pittsburgh and is a graduate of Harvard College. He lives in Brooklyn with his family.

Thank you for signing up to receive news about Nathaniel Popper.