Amazon, Walmart, and the Battle for Our Wallets

Amazon, Walmart, and the Battle for Our Wallets

A riveting history of Amazon’s rise, and Walmart’s desperate battle to stave off extinction and reclaim its crown as the king of everything retail.

For years, Walmart and Amazon operated in separate spheres—one a massive brick-and-mortar retailer, the other an online giant. But in 2016, Walmart aggressively moved into the world of e-commerce, while Amazon made big bets in physical retail. The resulting rivalry is a no-holds-barred power struggle for dominance as Amazon’s ambition continues to grow and Walmart’s homegrown CEO tries to lead a business reinvention for the ages.

Along the way, retail has experienced an unprecedented shift accelerated by the Covid pandemic. Customers moved more of their purchases online and began expecting more convenience from physical retailers, while mom-and-pop stores and once-prominent chains alike were being wiped out or forced to do business with industry giants. Amazon and Walmart reaped the rewards. But as the two mega-corporations have consolidated retail power, dangerous consequences have also emerged--for consumers and small merchants facing fewer buying and selling options, and millions of workers paid meager wages for demanding and sometimes dangerous work.

This is a tale of ego, revenge, and big money moves, with legendary executives and fearless entrepreneurs battling to invent the future and cement their own legacies -- sometimes between rival companies and sometimes within the same company walls. Jason Del Rey chronicles the defining business clash of this generation—a war waged for our loyalty and wallets, with hundreds of billions of dollars at stake and millions of jobs on the line. As both companies continue to expand their respective empires into new susceptible industries, Winner Sells All is the key to understanding how they are changing the way we shop, live, and work—for decades to come. 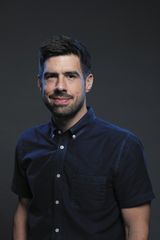 Jason Del Rey is a veteran business journalist who spent a decade at Recode, a leading online technology publication, reporting on Amazon, Walmart, and how technology is transforming retail, both online and in stores. He is the host of Land of the Giants: The Rise of Amazon, a narrative podcast series about the tech giant’s rise and the impact of its relentless ambition on hundreds of millions of people across the globe. He was also the producer of Code Commerce, an event series featuring unscripted interviews with the most influential executives and entrepreneurs working at the intersection of technology and commerce. In 2019, the National Retail Federation named him one of the “25 People Shaping Retail’s Future.” He lives in Northern New Jersey with his wife and two children.