An Experiment in Literary Investigation

by Aleksandr I. Solzhenitsyn

An Experiment in Literary Investigation

by Aleksandr I. Solzhenitsyn

With this abridged paperback edition of The Gulag Archipelagos original three volumes-created with the cooperation of the author-you can introduce your students to a man and a book that helped to change the course of history.

An undisputed masterpiece of world literature, The Gulag Archipelago renders the four decades of terror and oppression into human terms. Drawing on his own experience before, during and after his eleven years of incarceration and exile, on evidence provided by more than 200 fellow prisoners, and on Soviet archives, Aleksandr Solzhenitsyn reveals with torrential narrative and dramatic power the entire apparatus of Soviet repression, the state within the state that once ruled all-powerfully with its creation by Lenin in 1918. Through specific portraits of its victimshis man, that woman, that childstudents will encounter the secret police operations, the labor camps and prisons, the uprooting or extermination of whole populations, the welcome that awaited Russian soldiers who had been German prisoners of war. They will also witness astounding moral courage, the incorruptibility with which the individual or a few scattered groups, all defenseless, endured brutality and degradation. It is Solzhenitsyns genius that transmutes this horrific indictment into a literary miracle.In the new introduction by Edward E. Ericson, Jr., the abridger, instructs students:Given the nature of the Soviet experiment, the political dimension of life is never far from Solzhenitsyn’s mind. But he always approaches politics in moral terms. Anyone, then, who views human reality primarily through the prism of politics will misread Gulag. . . .To read Gulag through a moral lens is to understand that government power can perpetrate all sorts of atrocities upon human beings, body and soul, but it can never fully succeed in quenching the human spirit. Yes, some persons will submit and will die spiritually. But others, like Ivan Denisovich, will endure and prevail. Despite all of the indignities inflicted upon them, their innate human dignity will remain intact. In this sense totalitarianism must always fail.The Gulag Archipelagoa scathing indictment of Communist tyranny and an eloquent affirmation of the human spirit-will convince your students that works of art can be a catalyst for change in the world.

“The greatest and most powerful single indictment of a political regime ever leveled in modern times.” - George F. Kennan

“It is impossible to name a book that had a greater effect on the political and moral consciousness of the late twentieth century.” - David Remnick, The New Yorker

“Solzhenitsyn’s masterpiece. ... The Gulag Archipelago helped create the world we live in today.” - Anne Applebaum, Pulitzer Prize-winning author of Gulag: A History, from the foreword 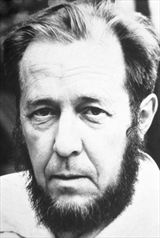 After serving as a decorated captain in the Soviet Army during World War II, Aleksandr I. Solzhenitsyn (1918-2008) was sentenced to prison for eight years for criticizing Stalin and the Soviet government in private letters. Solzhenitsyn vaulted from unknown schoolteacher to internationally famous writer in 1962 with the publication of his novella One Day in the Life of Ivan Denisovich; he was awarded the Nobel Prize in Literature in 1968. The writer's increasingly vocal opposition to the regime resulted in another arrest, a charge of treason, and expulsion from the USSR in 1974, the year The Gulag Archipelago, his epic history of the Soviet prison system, first appeared in the West. For eighteen years, he and his family lived in Vermont. In 1994 he returned to Russia. Aleksandr Solzhenitsyn died at his home in Moscow in 2008.

Thank you for signing up to receive news about Aleksandr I. Solzhenitsyn.