The True Story of the Resistance Hero Who Infiltrated Auschwitz

The True Story of the Resistance Hero Who Infiltrated Auschwitz

“Superbly written and breathtakingly researched, The Volunteer smuggles us into Auschwitz and shows us—as if watching a movie—the story of a Polish agent who infiltrated the infamous camp, organized a rebellion, and then snuck back out. ... Fairweather has dug up a story of incalculable value and delivered it to us in the most compelling prose I have read in a long time.” —Sebastian Junger, author of The Perfect Storm and Tribe

The incredible true story of a Polish resistance fighter’s infiltration of Auschwitz to sabotage the camp from within, and his death-defying attempt to warn the Allies about the Nazis’ plans for a “Final Solution” before it was too late.

To uncover the fate of the thousands being interred at a mysterious Nazi camp on the border of the Reich, a thirty-nine-year-old Polish resistance fighter named Witold Pilecki volunteered for an audacious mission: assume a fake identity, intentionally get captured and sent to the new camp, and then report back to the underground on what had happened to his compatriots there. But gathering information was not his only task: he was to execute an attack from inside—where the Germans would least expect it.

The name of the camp was Auschwitz.

Over the next two and half years, Pilecki forged an underground army within Auschwitz that sabotaged facilities, assassinated Nazi informants and officers, and gathered evidence of terrifying abuse and mass murder. But as he pieced together the horrifying truth that the camp was to become the epicenter of Nazi plans to exterminate Europe’s Jews, Pilecki realized he would have to risk his men, his life, and his family to warn the West before all was lost. To do so, meant attempting the impossible—an escape from Auschwitz itself.

Completely erased from the historical record by Poland’s post-war Communist government, Pilecki remains almost unknown to the world. Now, with exclusive access to previously hidden diaries, family and camp survivor accounts, and recently declassified files, Jack Fairweather offers an unflinching portrayal of survival, revenge and betrayal in mankind’s darkest hour. And in uncovering the tragic outcome of Pilecki’s mission, he reveals that its ultimate defeat originated not in Auschwitz or Berlin, but in London and Washington.

“Superbly written and breathtakingly researched...Fairweather has dug up a story of incalculable value and delivered it to us in the most compelling prose I have read in a long time.” — Sebastian Junger, bestselling author of The Perfect Storm and Tribe

“Such an amazing story, it would be impossible to believe if it were not so meticulously researched and clearly told. The book succeeds as a page-turner, a remarkable inside view of the Holocaust, and also as a testament to all that is best in the human spirit.” — Mark Bowden, bestselling author of Black Hawk Down and Killing Pablo

“This is a riveting account of human heroism in the face of overwhelming odds, and Fairweather’s storytelling is simply masterful.” — Jon Lee Anderson, New Yorker writer and author of The Lion’s Grave: Dispatches from Afghanistan

“As riveting as any page-turner and as profound as any great work of literature as it reveals humanity’s capacity for both courage and savagery.” — Elliot Ackerman, author of Places and Names and Waiting for Eden

“Fairweather tells this tragic tale in gripping fashion, bringing a new angle to the literature of the Holocaust.” — Publishers Weekly

“Drawing Pilecki’s witnessing of appalling crimes into a forceful narrative with unstoppable reading momentum, Fairweather has created an insightful biography of a covert war hero and an extraordinary contribution to the history of the Holocaust.” — Booklist (starred review)

“Hours of reading passed in what felt like moments … This is a story that has long deserved a robust, faithful telling, and he has delivered it.” — Wall Street Journal

“An extraordinary story.” — The Times (UK)

“What distinguishes The Volunteer is Fairweather’s meticulous attention to accuracy … if it sometimes seems as though there is nothing left to uncover about the Holocaust, Fairweather’s gripping book proves otherwise.” — The Spectator

“A searing account … a fitting memorial to one of Poland’s greatest war heroes and a shaming indictment of the western allies’ failure to act.” — Sunday Times (London)

“Witold Pilecki is one of the great―perhaps the greatest―unsung heroes of the second world war ... Jack Fairweather’s meticulous and insightful book is likely to be the definitive version of this extraordinary life.” — The Economist

"Totally gripping … A fascinating, revelatory and surreal WWII story of almost incredible courage and unspeakable horror – how a Polish resistance fighter helped reveal the secret of the final solution from inside Auschwitz" — Simon Sebag Montefiore, bestselling author of The Romanovs

"Well-researched, well-written and searingly memorable, Jack Fairweather’s book reminds us of the capacity for nobility in the human soul in times of unimaginable peril." — Andrew Roberts, bestselling author of Churchill: Walking with Destiny

"Combines the verve of a thriller with the detailed evidence of the sober, hideous truth." — Telegraph

"Journalist Jack Fairweather’s account of Pilecki’s bravery, endurance and humanity is the well deserved winner of the 2019 Costa biography award. As he says, Pilecki’s story is 'essential for our understanding of how Auschwitz came into being.'" — The Guardian

"Recognition of the brilliance of Fairweather’s book seems not just timely but essential...His brilliance in bringing Pilecki gloriously to life and rescuing this almost unparalleled act of courage from oblivion feels like one more small victory against the Twentieth Century’s most evil regimes." — Telegraph (UK) 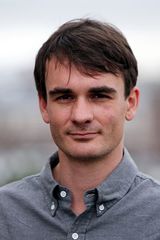 Jack Fairweather has been a correspondent for the Washington Post and the Daily Telegraph, where he served as the Baghdad and Persian Gulf bureau chief. His reporting during the Iraq War earned him Britain’s top press award. The author of A War of Choice and The Good War, he splits his time between the UK and Vermont.

Thank you for signing up to receive news about Jack Fairweather.