On June 14, 1940, German tanks entered a nearly deserted Paris. Eight days later, France accepted a humiliating defeat and foreign occupation. Many adapted to the situation—even allied themselves with their new overlords. Yet amid increasing Nazi ruthlessness, shortages and arbitrary curfews, a resistance arose—a shadow army of workers, intellectuals, shop owners, police officers, Jews, immigrants, and communists. Among this army were a remarkable number of adolescents and young men and women; it was estimated by one underground leader that “four-fifths of the members of the resistance were under the age of thirty.” Months earlier, they would have been spending their evenings studying for exams, sneaking out to dates, and finding their footing at first jobs. Now they learned the art of sabotage, the ways of disguise and deception, how to stealthily avoid patrols, steal secrets, and eliminate the enemy—sometimes violently.

Nevertheless, in most histories of the French Resistance, the substantial contributions of the young have been minimized or, at worst, ignored. Sudden Courage remedies that amnesia. Amid heart-stopping accounts of subterfuge, narrow escapes, and deadly consequences, we meet blind Jacques Lusseyran, who created one of the most influential underground networks in Paris; Guy Môquet, whose execution at the hands of Germans became a cornerstone of rebellion; Maroussia Naïtchenko, a young communist uncannily adept at escaping Gestapo traps; André Kirschen, who at fifteen had to become an assassin; Anise Postel-Vinay, captured and sent to a concentration camp; and bands of other young rebels who chose to risk their lives for a better tomorrow. But Sudden Courage is more than an inspiring account of youthful daring and determination. It is also a riveting investigation of what it means to come of age under the threat of rising nativism and authoritarianism—one with a deep bearing on our own time.

“Following up on his marvelous...When Paris Went Dark, Ronald Rosbottom now recounts movingly the inspiring story of young people who resisted the Nazi occupation. With far-right forces rising again in Europe and the United States one can only hope that such sudden courage will not be needed again.” — William Taubman, Pulitzer Prize–winning author of Khrushchev: The Man and His Era, and of Gorbachev: His Life and Times

“Ron Rosbottom brings his demonstrated mastery of the German occupation of France, plus decades as a college professor, to vividly revise our understanding of the French resistance, and how dependent it was upon the energy and moral courage of very young women and men.” — Joseph J. Ellis, Pulitzer Prize–winning author of American Dialogue: The Founders and Us

“Active resistance to the Nazi occupation of France in 1940 to1944 often depended on young people. The adolescents among them brought special assets to dangerous actions and faced stresses particular to their age. Ronald Rosbottom explores these matters sensitively and vividly. . . .A thoughtful and stirring book.” — Robert O. Paxton, professor emeritus of history, Columbia University, and author of Vichy France: Old Guard and New Order

“Ronald Rosbottom masterfully explores the crucial role played by the young people of France, many still in their teens, in resisting the Nazis during World War II.” — Lynne Olson, author of Madame Fourcade’s Secret War

“An exceptional account about the French Resistance… Highly recommended for Francophiles and those interested in World War II.” — Library Journal (starred review)

“A fine history that brings back to light the contributions of the younger, often forgotten resistance fighters.” — Kirkus Reviews

“A complicated and inspiring portrait of youthful resistants: their successes, their failures, their occasional inconsistency and their undoubted courage.” — Shelf Awareness

“A fine story-teller… has many inspirational tales to tell.” — Wall Street Journal 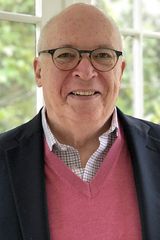 Ronald C. Rosbottom is the Winifred L. Arms Professor in the Arts and Humanities and a professor of French, European Studies, and Architectural Studies at Amherst College. Previously he was Dean of the Faculty at Amherst; he is a Chevalier de l’Académie des Palmes Académiques. His previous book, When Paris Went Dark: The City of Light Under German Occupation, 1940-1944, was longlisted for the National Book Award for Nonfiction. He divides his time between Amherst, Massachusetts, and Paris.