In this brilliant account of the literary war within the Cold War, novelists and poets become embroiled in a dangerous game of betrayal, espionage, and conspiracy at the heart of the vicious conflict fought between the Soviet Union and the West

During the Cold War, literature was both sword and noose. Novels, essays, and poems could win the hearts and minds of those caught between the competing creeds of capitalism and communism. They could also lead to blacklisting, exile, imprisonment, or execution for their authors if they offended those in power. The clandestine intelligence services of the United States, Britain, and the Soviet Union recruited secret agents and established vast propaganda networks devoted to literary warfare. But the battles were personal, too: friends turned on one another, lovers were split by political fissures, artists were undermined by inadvertent complicities. And while literary battles were fought in print, sometimes the pen was exchanged for a gun, the bookstore for the battlefield.

In Cold Warriors, Duncan White vividly chronicles how this ferocious intellectual struggle was waged on both sides of the Iron Curtain. Among those involved were George Orwell, Stephen Spender, Mary McCarthy, Graham Greene, Aleksandr Solzhenitsyn, John le Carré, Anna Akhmatova, Richard Wright, Ernest Hemingway, Boris Pasternak, Gioconda Belli, and Václav Havel. Here, too, are the spies, government officials, military officers, publishers, politicians, and critics who helped turn words into weapons at a time when the stakes could not have been higher.

Drawing upon years of archival research and the latest declassified intelligence, Cold Warriors is both a gripping saga of prose and politics, and a welcome reminder that--at a moment when ignorance is all too frequently celebrated and reading is seen as increasingly irrelevant--writers and books can change the world.

“Brilliant…a marvelous tapestry of postwar literature and politics. Now more than ever we need a book like this to remind us of the importance of writers and the written word.” - Kevin Birmingham, author of The Most Dangerous Book

“A stunning achievement. Duncan White combines deep research, epic sweep, and sparkling writing to give us the best account of the literary Cold War to date.” - Hugh Wilford, author of The Mighty Wurlitzer: How the CIA Played America

“Both profound and profoundly important and as engaging as a gripping Cold War thriller.” - Kirkus Reviews (starred review)

“Cold Warriors is a big and brash book at the heart of which is the surprise that all in all, even in these godforsaken times, the pen managed to remain mightier than the sword.” - National Review

“Gripping and lively…Exploring espionage, imprisonment, and authors played like chess pieces by powerful heads of state, White’s book weaves together deeply researched Cold War machinations with a savvy and intelligent look at the literature produced in its midst, who created it, and how.” - Boston Globe

“Cold Warriors reads like a thriller…However, this is also a book about personal and political liberty; about the freedom to write, mock and dissent; about truth, lies and wilful ignorance.” - The Times (UK)

“Fascinating… As in all the best works of nonfiction, comedy and tragedy rub up against each other with wonderful inappropriateness.” - The Sunday Telegraph

“Ambitious and constantly rewarding…A reminder of a time when literature was a life-or-death matter.” - The Spectator

“Easily one of the best literary history books you’ll read in 2019.” - InsideHook

“Irresistible…In the battle over ideas, the pen is truly mightier than the sword.”
- Christian Science Monitor

"White handles hefty quantities of research effortlessly, combining multiple biographies with a broader overview of the period. His energetic, anecdote-laden prose will have you hooked all the way from Orwell to le Carré." - Sunday Times (London)

“In providing a chronicle of his own and by examining the writings of Arthur Koestler, George Orwell, Mary McCarthy, Stephen Spender, Graham Greene, John le Carré, et al., Duncan White shows us how the Cold War is not just a historical stand-off, but perhaps a literary creation…. An extraordinary book, endlessly thought-provoking and inspiring. I’m deeply jealous. I wish I had written it.”  - Errol Morris, Academy Award-winning director of The Fog of War

“One reason the Cold War was won without becoming hot is that some books were as explosive as bombs. Duncan White tells the thrilling story of how some engaged intellectuals sent words into worthy battles.” - George F. Will, Pulitzer Prize-winning columnist at The Washington Post 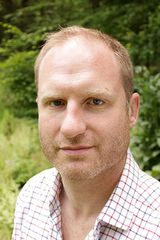 Duncan White is an award-winning journalist and academic. He is Assistant Director of the History and Literature department at Harvard University and a lead book reviewer for the Daily Telegraph. He is the author of Vladimir Nabokov: Late Modernism, the Cold War and the Literary Marketplace. He lives in Boston, Massachusetts.

Thank you for signing up to receive news about Duncan White.