A New History of America's Descent into Vietnam

A New History of America's Descent into Vietnam

"The most thoughtful and judicious one-volume history of the war and the American political leaders who presided over the difficult and painful decisions that shaped this history. The book will stand for the foreseeable future as the best study of the tragic mistakes that led to so much suffering."—Robert Dallek

Many books have been written on the tragic decisions regarding Vietnam made by the young stars of the Kennedy and Johnson administrations. Yet despite millions of words of analysis and reflection, no historian has been able to explain why such decent, brilliant, and previously successful men stumbled so badly.

That changes with Road to Disaster. Historian Brian VanDeMark draws upon decades of archival research, his own interviews with many of those involved, and a wealth of previously unheard recordings by Robert McNamara and Clark Clifford, who served as Defense Secretaries for Kennedy and Johnson. Yet beyond that, Road to Disaster is also the first history of the war to look at the cataclysmic decisions of those in the Kennedy and Johnson administrations through the prism of recent research in cognitive science, psychology, and organizational theory to explain why the "Best and the Brightest" became trapped in situations that suffocated creative thinking and willingness to dissent, why they found change so hard, and why they were so blind to their own errors.

An epic history of America’s march to quagmire, Road to Disaster is a landmark in scholarship and a book of immense importance.

“Why do smart people do stupid things? That is the tragic question at the heart of this brilliant exploration of American leaders and the Vietnam War.” — Evan Thomas, author of Ike’s Bluff, Robert Kennedy, and Being Nixon

“Monumental…a landmark… This is the book I’ve been waiting for — a thorough and thoughtful history of what led to the war that shaped my life.” — Washington Independent Review of Books

“The most thoughtful and judicious one-volume history of the war and the American political leaders who presided over the difficult and painful decisions that shaped this history. The book will stand for the foreseeable future as the best study of the tragic mistakes that led to so much suffering.” — Robert Dallek, New York Times bestselling author of An Unfinished Life and Franklin D. Roosevelt

“An immensely readable and richly informative book, the best study to date of those fateful years when the Kennedy and Johnson administrations Americanized the war in Vietnam.” — George C. Herring, University of Kentucky, author of America’s Longest War: The United States and Vietnam, 1950-1975

“A monumental achievement….Brian VanDeMark shows that we still have much to learn about America’s war in Vietnam. Road to Disaster is an excellent and accessible history of decision making in the Kennedy and Johnson years.” — Robert K. Brigham, Vassar College, author of Reckless: Henry Kissinger and the Tragedy of Vietnam

“A hard look at the flawed decision-making that figured in America’s misadventures in Southeast Asia...VanDeMark turns in some surprising observations...A fresh but sobering approach to the disastrous war in Vietnam.” — Kirkus Reviews

“This book is sure to appeal to those still searching for Vietnam War answers that even McNamara, Johnson, and their best and brightest advisers never found.” — Publishers Weekly (starred review)

“[An] exceptional work.…VanDeMark offers a valuable corrective to the Good Guys/Bad Guys theory of war making, and there’s no doubt he knows his research. Will interest military history buffs and anyone still trying to understand America’s most outstanding military fiasco.” — Library Journal (starred review)

“Brian VanDeMark’s Road to Disaster: A New History of America’s Descent into Vietnam is a startling read, a book that puts America’s leaders on the couch and analyzes the psychology behind the decisions that led us into an unwinnable war in Southeast Asia.” — Military.com

“An important book. … This book deserves attention and will appeal to those still searching for Vietnam War answers that Robert S. McNamara, Lyndon Johnson, and their best and brightest advisors never found.” — Vietnam Veterans of America Magazine

“Beautifully written…the story has been untangled by a skillful historian who has laid it out in a way that makes the madness relatively easy to follow. It was impossible to put the book down.” — War History Online

“Original and thought provoking....The sense of introspection it provides adds poignancy to the records of meetings and field trips by U.S. civilian and military leaders, who never quite came to grips with the unfolding tragedy.” — Foreign Affairs 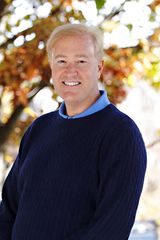 Brian VanDeMark teaches history at the United States Naval Academy in Annapolis, where for more than twenty-five years he has educated students about the Vietnam War. A Ph.D. graduate of UCLA and an elected visiting fellow at Oxford University, he served as research assistant on Clark Clifford's bestselling autobiography, Counsel to the President, and coauthor of Robert McNamara's number one bestseller, In Retrospect. A Texas native, he now lives in Maryland.

Thank you for signing up to receive news about Brian VanDeMark.