“Don’t let ‘Go Set a Watchman’ change the way you think about Atticus Finch…the hard truth is that a man such as Atticus, born barely a decade after Reconstruction to a family of Southern gentry, would have had a complicated and tortuous history with race. That this doesn’t emerge in To Kill a Mockingbird, then, may be one of that book’s failings, a tendency to sugarcoat, to oversimplify. The Atticus in Go Set a Watchman, in other words, is likely closer to the way such a man would actually have been.” - Los Angeles Times 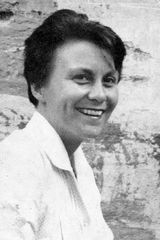