“Meticulous… the depth and detail that are the book’s strength make it an effective, fact-based rudder with which would-be scientists and their allies can stabilize their flights of fancy. This hardworking, earnest book is the perfect foil for the glamour still to come.” — Seattle Times

“Much as Tom Wolfe did in “The Right Stuff”, Shetterly moves gracefully between the women’s lives and the broader sweep of history . . . Shetterly, who grew up in Hampton, blends impressive research with an enormous amount of heart in telling these stories — Boston Globe

“Restoring the truth about individuals who were at once black, women and astounding mathematicians, in a world that was constructed to stymie them at every step, is no easy task. Shetterly does it with the depth and detail of a skilled historian and the narrative aplomb of a masterful storyteller.” — Bookreporter.com 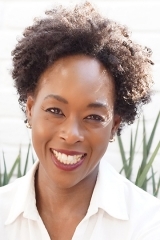