Ideas and Power in Latin America

Ideas and Power in Latin America

In this epic intellectual history, Enrique Krauze presents the major ideas that have formed the modern Latin-American political mind. From early post-colonial revolutionary movements, to Marxism and socialism, to the liberal democracy of recent decades, Krauze examines the ways in which ideologies have been embodied by influential politicians, activists, artists, and writers.

Redeemers highlights major thinkers from throughout Central and South America, including José Vasconcelos, José Martí and Gabriel Garcia Márquez, and controversial figures from Che Guevara to Hugo Chávez. This sweeping overview connects Latin America’s political past to its present and looks ahead into a hopeful but uncertain future. Enrique Krauze is the author of twenty books, including Mexico. He has written for the New York Times, The New Republic, Dissent, the Washington Post, and the New York Review of Books. Krauze lives in Mexico City where he is the president of the publishing house Editorial Clio and editor-in-chief of Letras Libres magazine.

“An ambitious attempt to trace the interaction of ideas and power in Hispanic America.” — The Wall Street Journal

“Krauze is marked by a rare and attractive gift for noticing the several ways that, under the bright sun of the imagination, and kingdom of politics and the kingdom of literature sometimes merge.” — Paul Berman, The New York Times Book Review

“Erudite and wise. . . . A magisterial history of the ideas, books and politics that shaped modern Latin America, from 19th-century liberalism to revolutionary commitments and back again towards modern, more democratic versions of liberal thought.” — The Financial Times

“An engaging mixture of biography and historical currents in the style of Isaiah Berlin or Edmund Wilson, thus allowing lay readers to follow what can sometimes be a dizzying succession of revolutions, doctrine and caudillos.” — Kirkus Reviews

“Krauze illuminates Latin American thought and politics in a vibrant and invaluable blend of biography and analysis. . . . Redeemers provides discerning and much-needed insight into our dynamic neighbors.” — Booklist

“Krauze attempts to weave together the disparate threads of all the feuding orthodoxies through mini-biographies of 12 leaders and thinkers. Krauze, perhaps Mexico’s most widely respected intellectual, is uniquely suited to the task, and the resulting tapestry is both persuasive and evocative.” — Publishers Weekly

“An engaging survey of the ideas and quasi-religious convictions that have powered modern Latin America’s consequential political movements.” — The Daily

“Krauze is, without a doubt, one of the most renowned and important intellectuals in Mexico. . . . He has developed a prose style of expressive clarity and metaphoric restraint that has enormous impact. His books read like novels: the greatest possible achievement for a historian of ideas.” — The Nation

“Redeemers is a fundamental work for our time. . . . All the chapters are written with fluid movement, intelligent precision, and felicitous language. You read them with the expectation and excitement offered by the best novels.” — Mario Vargas Llosa, El País 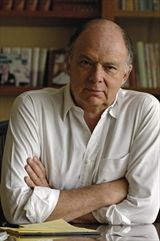