“Sometimes funny, sometimes fascinating, and always interesting, Dawkins takes us through his later years, revealing the humanity behind the man like never before. Brief Candle in the Dark reminds us, warmly and eloquently, that the greatest accomplishments are achieved when science is bolstered by good will and kindness.” - David Silverman, President of American Atheists, Inc.

“In Brief Candle in the Dark, Dawkins takes us through a journey of anecdotes and conversations with world-class scientists and thinkers. You don’t have to be a scientist to appreciate how deeply Dawkins loves interpreting science for the rest of us in this remarkable book about his own life.” - Herb Silverman is Distinguished Professor Emeritus, founder and president of the Secular Coalition for America, and author of Candidate Without a Prayer: An Autobiography of a Jewish Atheist in the Bible Belt. 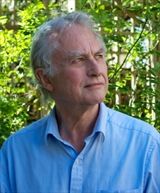