Last Night at the Viper Room

River Phoenix and the Hollywood He Left Behind

Last Night at the Viper Room

River Phoenix and the Hollywood He Left Behind

In Last Night at the Viper Room, acclaimed author and journalist Gavin Edwards vividly recounts the life and tragic death of acclaimed actor River Phoenix—a teen idol on the fast track to Hollywood royalty who died of a drug overdose in front of West Hollywood’s storied club, the Viper Room, at the age of 23.

Last Night at the Viper Room explores the young star’s life, including his childhood in Venezuela growing up under the aegis of the cultish Children of God. Putting him at the center of a new generation of leading men emerging in the early 1990s— including Johnny Depp, Keanu Reeves, Brad Pitt, Nicolas Cage, and Leonardo DiCaprio—Gavin Edwards traces the Academy Award nominee’s meteoric rise, couches him in an examination of the 1990s, and illuminates his lasting legacy on Hollywood and popular culture itself.

“Twenty years after his death, River Phoenix remains as enigmatic and elusive as ever. Last Night at the Viper Room tells the heart-shredding story of how this haunted actor left such a big impression in such a brief time.” - Rob Sheffield, New York Times bestselling author of Love Is a Mix Tape

“What Edwards does do impeccably is reveal the life of an extraordinary young man, whose idealism and dedication to his family, despite crippling childhood conditions, set him apart from the rest of the rising star pack.” - USA Today 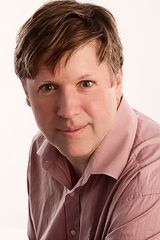 Gavin Edwards is a contributing editor at Rolling Stone who has written five articles for the magazine about Blink-182 for the magazine since 1999. He is the New York Times bestselling author of seven books. He lives in Charlotte, North Carolina, with his wife and their two sons.

Thank you for signing up to receive news about Gavin Edwards.