The hidden history of Wall Street and the White House comes down to a single, powerful, quintessentially American concept: confidence. Both centers of power, tapping brazen innovations over the past three decades, learned how to manufacture it.

Until August 2007, when that confidence finally began to crumble.

In this gripping and brilliantly reported book, Ron Suskind tells the story of what happened next, as Wall Street struggled to save itself while a man with little experience and soaring rhetoric emerged from obscurity to usher in “a new era of responsibility.” It is a story that follows the journey of Barack Obama, who rose as the country fell, and offers the first full portrait of his tumultuous presidency.

Wall Street found that straying from long-standing principles of transparency, accountability, and fair dealing opened a path to stunning profits. Obama’s determination to reverse that trend was essential to his ascendance, especially when Wall Street collapsed during the fall of an election year and the two candidates could audition for the presidency by responding to a national crisis. But as he stood on the stage in Grant Park, a shudder went through Barack Obama. He would now have to command Washington, tame New York, and rescue the economy in the first real management job of his life.

The new president surrounded himself with a team of seasoned players—like Rahm Emanuel, Larry Summers, and Tim Geithner—who had served a different president in a different time. As the nation’s crises deepened, Obama’s deputies often ignored the president’s decisions—“to protect him from himself”—while they fought to seize control of a rudderless White House. Bitter disputes—between men and women, policy and politics—ruled the day. The result was an administration that found itself overtaken by events as, year to year, Obama struggled to grow into the world’s toughest job and, in desperation, take control of his own administration.

Pulitzer Prize-winning journalist Ron Suskind intro-duces readers to an ensemble cast, from the titans of high finance to a new generation of reformers, from petulant congressmen and acerbic lobbyists to a tight circle of White House advisers—and, ultimately, to the president himself, as you’ve never before seen him. Based on hundreds of interviews and filled with piercing insights and startling disclosures, Confidence Men brings into focus the collusion and conflict between the nation’s two capitals—New York and Washington, one of private gain, the other of public purpose—in defining confidence and, thereby, charting America’s future.

“Savvy and informative.  . . . The most ambitious treatment of this period yet.  . . . Suskind’s book often reads like Halberstam’s The Best and the Brightest. But the quagmire isn’t a neo-Vietnam like Afghanistan—it’s the economy.” — Frank Rich, New York

“A searing new book.  . . . Suskind has a flair for taking material he’s harvested to create narratives with a novelistic sense of drama.” — Michiko Kakutani, The New York Times

“No book about the Obama presidency appears to have unnerved the White House quite so much as Confidence Men by Ron Suskind, a Pulitzer Prize-winning journalist who has developed a niche in the specialized art of parting the curtain on presidential dealings.” — The Chicago Tribune

“A truly groundbreaking inside account.  . . . Penetrating in its analysis of why the administration’s approach to the country’s economic ills has been so lackluster.  . . . An important addition to the growing library of books about this president.” — Joe Nocera, The New York Times Book Review

“The book of the week, maybe the book of the month, is Ron Suskind’s Confidence Men.  . . . A detailed narrative of the Administration’s response-sometimes frantic, sometimes sluggish, sometimes both-to the financial and economic catastrophe it inherited, as experienced from the inside.” — Hendrik Hertzberg, The New Yorker

“The work that went into Confidence Men cannot be denied. Suskind conducted hundreds of interviews. He spoke to almost every member of the Obama administration, including the President. He quotes memos no one else has published. He gives you scenes that no one else has managed to capture.” — Ezra Klein, The New York Review of Books

“Suskind’s account of the Obama administration is a marker of our times. It reveals a President unable to perform responsibly the duties of his high office.  . . . Suskind’s contribution to this tale of woe is to give us a fine grained picture of Obama’s passive place in deliberations.” — Huffington Post The Huffington Post

“My Book of the Year. A narrative tour de force.  . . . Journalism like this is all too rare in an ange in which reporters trade their critical faculties for access. And it’s even rarer that skeptical reporting is turned into something lasting.” — David Granger, Esquire

“This inside account of the Obama economic team contains enough damning on-the-record quotes to give it the ring of truth despite White House efforts to discredit the narrative of infighting and missed opportunities. Read it and weep. It reminds me of the post-Iraq invasion books that documented a similar failure to rise to the enormity of the problem, whether the insurgency was in Iraq or on Wall Street.” — Eleanor Clift, Newsweek 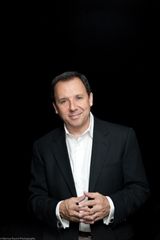 RON SUSKIND is the author of The Way of the World, The One Percent Doctrine, The Price of Loyalty, and A Hope in the Unseen. From 1993 to 2000 he was the senior national affairs writer for The Wall Street Journal, where he won a Pulitzer Prize. He lives in Washington, D.C.

Thank you for signing up to receive news about Ron Suskind.