“At once a scholar’s homage to The Iliad and startlingly original work of art….A book I could not put down.” —Ann Patchett, author of The Dutch House

A thrilling, profoundly moving, and utterly unique retelling of the legend of Achilles and the Trojan War from the bestselling author of Circe

A tale of gods, kings, immortal fame, and the human heart, The Song of Achilles is a dazzling literary feat that brilliantly reimagines Homer’s enduring masterwork, The Iliad. An action-packed adventure, an epic love story, a marvelously conceived and executed page-turner, Miller’s monumental debut novel has already earned resounding acclaim from some of contemporary fiction’s brightest lights—and fans of Mary Renault, Bernard Cornwell, Steven Pressfield, and Colleen McCullough’s Masters of Rome series will delight in this unforgettable journey back to ancient Greece in the Age of Heroes.

“A captivating retelling of The Iliad and events leading up to it through the point of view of Patroclus: it’s a hard book to put down, and any classicist will be enthralled by her characterisation of the goddess Thetis, which carries the true savagery and chill of antiquity.” — Donna Tartt, The Times

“Wildly romantic [and] surprisingly suspenseful....[B]ringing those dark figures back to life, making them men again, and while she’s at it, us[ing] her passionate companion piece to The Iliad as a subtle swipe at today’s ongoing debate over gay marriage. Talk about updating the classics.” — Time magazine

“One of the best novelistic adaptations of Homer in recent memory, and it offers strikingly well-rounded and compassionate portrait of Achilles....[Miller] injects a newfound sense of suspense into a story with an ending that has already been determined.” — Wall Street Journal

“Beautifully done. . ..In prose as clean and spare as the driving poetry of Homer, Miller captures the intensity and devotion of adolescent friendship and lets us believe in these long-dead boys...deepening and enriching a tale that has been told for 3,000 years.” — Washington Post

“One of 2012’s most exciting debuts...seductive, hugely entertaining....[I]magining the intimate friendship between Achilles and the devoted Patroclus...Miller conjures...soulmates. The resulting novel is cinematic—one might say epic—in scope, but refreshingly, compellingly human in detail.” — Vogue

“You don’t need to be familiar with Homer’s The Iliad (or Brad Pitt’s Troy, for that matter) to find Madeline Miller’s The Song of Achilles spellbinding....her explorations of ego, grief, and love’s many permutations are both familiar and new....[A] timeless love story.” — O magazine

“Madeline Miller’s brilliant first novel...is a story of great, passionate love between Achilles and Patroclus....[R]ewriting the Western world’s first and greatest war novel is an awesome task to undertake. That she did it with such grace, style and suspense is astonishing.” — Dallas Morning News

“The Song of Achilles...should be read and enjoyed for itself, but if Madeline Miller’s novel sends the reader back to Homer and his successors, she is to be thanked for that as well.” — Washington Independent Review of Books

“[Miller] makes a persuasive argument for the timeliness of her subject. …Miller’s winning debut focuses on Patroclus, a young prince living in Achilles’ golden shadow. Miller also gives voice to many of the women who were also consigned to the shadows.” — Publishers Weekly, Spring 2012 Preview, Top 10 Literary Fiction

“Masterfully brings to life an imaginative yet informed vision of ancient Greece featuring divinely human gods and larger-than-life mortals. She breaks new ground retelling one of the world’s oldest stories about men in love and war [and] extraordinary women.” — Publishers Weekly (starred review), Pick of the Week

“A masterly vision of the drama, valor, and tragedy of the Trojan War. Readers who loved Mary Renault’s epic novels will be thrilled with Miller’s portrayal of ancient Greece. This reviewer can’t wait to see what she writes next.” — Library Journal (starred review)

“A captivating retelling of THE ILIAD and events leading up to it through the point of view of Patroclus: it’s a hard book to put down, and any classicist will be enthralled by her characterisation of the goddess Thetis, which carries the true savagery and chill of antiquity.” — Donna Tartt, THE TIMES

“A modern take on The Iliad, full of love and feats of glory and told in an open, lyric, loose-limbed fashion that should appeal to many readers.... Next up from Miller—the story of Circe...historical fiction fans, get in on the ground floor.” — Library Journal

“I loved this book. The language was timeless, the historical details were slipped in perfectly. I hope SONG OF ACHILLES becomes part of the high school summer reading lists alongside PENELOPIAD.” — Helen Simonson, bestselling author of MAJOR PETTIGREW'S LAST STAND

“Mary Renault lives again! A ravishingly vivid and convincing version of one of the most legendary of love stories.” — Emma Donoghue, New York Times bestselling author of ROOM

“At once a scholar’s homage to THE ILIAD and a startlingly original work of art by an incredibly talented new novelist. Madeline Miller has given us her own fresh take on the Trojan war and its heroes. The result is a book I could not put down.” — Ann Patchett, bestselling author of BEL CANTO and STATE OF WONDER

“Although the details of the story are Miller’s own, the world is one that all who love the Iliad and its epigones will recognize. Reading this book recalled me to the breathless sense of the ancient-yet-present that I felt when I first fell in love with the classics.” — Catherine Conybeare, Professor of Classics, Bryn Mawr College

“THE ILIAD turns on Achilles’ pride and his relationship with Patroclus, but Homer is sparing with the personal—so much so that, though we believe in their friendship, we do not understand it. THE SONG OF ACHILLES brings light to their love. This is a beautiful book.” — Zachary Mason, author of THE LOST BOOKS OF THE ODYSSEY

“Miller somehow (and breathtakingly so) mixes high-action commercial plotting with writing of such beautiful delicacy you sometimes have to stop and stare.” — The Independent

“Miller’s prose is more poetic than almost any translation of Homer… This is a deeply affecting version of the Achilles story: a fully three-dimension man - a son, a father, husband and lover - now exists where a superhero previously stood and fought.” — The Guardian

“In the tradition of Mary Renault... Miller draws on her knowledge of classical sources wisely… Well-paced, engaging and tasteful.” — London Times Literary Supplement

“Extraordinary… Beautifully descriptive and heartachingly lyrical, this is a love story as sensitive and intuitive as any you will find.” — Daily Mail 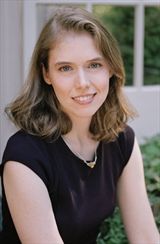 Madeline Miller was born in Boston and attended Brown University where she earned her BA and MA in Classics. She is the author of the #1 New York Times bestsellers Circe and The Song of Achilles, which was awarded the Orange Prize for Fiction and has been translated into twenty-five languages. She lives in Narberth, PA with her husband and two children.

Thank you for signing up to receive news about Madeline Miller.