What is “hip?” We can all recognize it when we see it, and yet very few manage to achieve true hipster status. But the meaning of hip goes far beyond an artsy movie or the right pair of sunglasses. Hip’s impact belongs to the mainstream, permeating our language, music, literature, fashion, and commerce. From the conservative to the most socially daring, large numbers of Americans hold a nearly identical vision of this inherently subjective standard.

In his book debut, New York Times reporter John Leland tracks the evolution of hip, and how it helped America shape its view of itself. Hip: A History is ultimately the story of the development of American popular culture over the 20th Century. While the racial, economic and philosophical tensions that gave rise to “hip” a century ago have not gone away, they have evolved. And so has hip, as it continues to shape and be shaped by our national character. John Leland is a reporter for the New York Times. His first journalism job was as one of the founding writers and editors of Spin magazine in 1984. Hip: A History is John Leland’s first book. He lives in New York City’s East Village with his wife and son. “Who knew the story of Hip is actually the story of America? This is a nuanced, informative, enjoyable read that takes us from Africa to African Americans, deep into the cultural gumbo that is America. Hip: The History is the seminal work on the topic and a must read for all you hipsters!” — Fab 5 Freddy

“John Leland combines diligent research with insight and wit.” - Paul Krassner, author of Murder at the Conspiracy Convention and Other Absurdities and editor of Magic Mushrooms and Other Highs: From Toad Slime to Ecstasy

“What is hip? If you have to ask, ask John Leland.” - Joe Levy, Rolling Stone

“An insightful chronicle of cool.” - Esquire

“John Leland covers it all in his essential book, Hip: The History.” - Newsweek

“Hip: The History is the definitive work on the subject.” - Paper Magazine

“Hip: The History is the seminal work on the topic and a must read for all you hipsters!” - Fab 5 Freddy 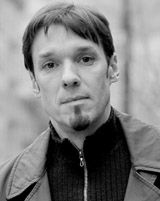 John Leland is a reporter for the New York Times and former editor in chief of Details, and he was an original columnist at SPIN magazine. Robert Christgau of the Village Voice called him "the best American postmod critic (the best new American rock critic period)," and Chuck D of Public Enemy said the nasty parts of the song "Bring the Noise" were written about him. He lives in Manhattan's East Village with his wife, Risa, and son, Jordan.

Thank you for signing up to receive news about John Leland.