In an era when toppling heroes off of pedestals has almost become a sport in itself, baseball legend Sandy Koufax stands apart. Just as quickly as he shot to fame in the sixties, Koufax disappeared from the world of sports, a retiree and near-recluse at the age of thirty. But Koufax has left a legacy that will not soon be forgotten.

From 1962 to 1966, Koufax led the National League in ERA, won three Cy Young Awards, and pitched four no-hitters, including a perfect game. But he may be best remembered as the man who placed faith over fame, refusing to play in the first game of the 1965 World Series, which fell on Yom Kippur. Award-winning former Washington Post sportswriter Jane Leavy spent years interviewing Koufax’s friends and colleagues, finally winning the trust of the great man himself. The result is the most detailed and insightful biography of this very private person that has been written. Jane Leavy is an award-winning former sportswriter and feature writer for the Washington Post and author of the critically acclaimed comic novel Squeeze Play (Doubleday, 1990), which Entertainment Weekly called “The best novel ever written about baseball.” “A baseball classic; the first in-depth reporting on the life and career of the Dodger icon ... a must read.” – New York Daily News

“Leavy has hit it out of the park…A lot more than a biography. It’s a consideration of how we create our heroes, and how this hero’s self perception distinguishes him from nearly every other great athlete in living memory…a remarkably rich portrait.” - Daniel Okrent, Time magazine

“Ms. Leavy has done a dizzying amount of reporting—more than 400 interviews—and Koufax doesn’t just survive the scrutiny, he emerges from it larger than ever. . . Ms. Leavy humanizes her subject even as she demythologizes him. The incomparable and mysterious Sandy Koufax is revealed…This is an absorbing book, beautifully written.” - Jonathan Mahler, Wall Street Journal

“A baseball classic; the first in-depth reporting on the life and career of the Dodger icon…a must read.” - New York Daily News

“A perfect game of a book…Jane Leavy scatters the clouds of mythology to show us, after all these years, the man Koufax.” - The Sporting News 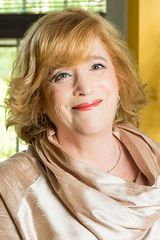 Jane Leavy, award-winning former sportswriter and feature writer for the Washington Post, is author of the New York Times bestsellers Sandy Koufax: A Lefty’s Legacy, The Last Boy: Mickey Mantle and the End of America’s Childhood, and the comic novel Squeeze Play. She lives in Washington, D.C. and Truro, Massachusetts.

Thank you for signing up to receive news about Jane Leavy.