Little is known about Ann Hathaway, the wife of England's greatest playwright; a great deal has been assumed, none of it complimentary. In Shakespeare's Wife, Germaine Greer boldly breaks new ground, reclaiming this much maligned figure from generations of scholarly neglect and misogyny. With deep insight and intelligence, she offers daring and thoughtful new theories about the farmer's daughter who married Britain's immortal Bard, painting a vivid portrait of a truly remarkable woman.

“A riveting read…Not only Greer’s scholarship but her sympathy and her imagination are fully engaged.” — Victoria Glendinning

“A richly textured account…Greer’s theory about Shakespeare’s relation with his wife is original and persuasive…She reminds us of facts other critics have ignored.” — Marilyn French, Publishers Weekly (Boxed Signature Review)

“Intriguing . . . A portrait of life in Stratford circa 1600 on almost every level and in every aspect.” — Booklist 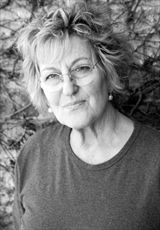 Germaine Greer is a writer, academic, and critic, and is widely regarded as one of the most significant feminist voices of our time. Her bestselling books include The Female Eunuch and The Whole Woman. She lives in northwest Essex, England, and has taught Shakespeare at universities in Australia, Britain, and the United States.

Thank you for signing up to receive news about Germaine Greer.