Why the Prophet Matters

Why the Prophet Matters

It is difficult to develop a realistic view of Islam today. With extremists dominating the headlines, the doctrine followed by the majority of Muslims is often ignored. One aspect in particular that few non-Muslims seem to understand is the role of the Prophet Muhammad.

In Memories of Muhammad, noted scholar Omid Safi emphasizes the central role played by the Prophet in Islam. He revisits prominent Muslims throughout history, examining how they have remembered and, at times, contested Muhammad’s legacy. Students will come away with a more balanced and realistic picture of Islam as it is really lived. Omid Safi is Associate Professor of Islamic Studies at the University of North Carolina, Chapel Hill, where he specializes in Islamic mysticism (Sufism), contemporary Islamic thought, and medieval Islamic history. He received his Ph.D. from Duke University. Safi is the Chair for the Study of Islam at the American Academy of Religion. He is also a member of the advisory board of the Pluralism Project at Harvard University. He is also author of The Politics of Knowledge in Premodern Islam. “For Muslims, the book is a refreshing call to return to our spiritual roots, an element of faith that these days seems to be lost in the constant social commentary we are forced to engage in about Islam. For non-Muslims, Safi’s explanation of Muhammad as the bridge between humanity and the Divine, insofar as emulating him brings one closer to Him, helps explain the connection Muslims have to their Prophet. In a time when the Prophet is so deeply misunderstood, such an emotional bond can go a long way in healing interreligious wounds.” — The Washington Post’s “On Faith”

“A fresh investigation of Islam’s Prophet that uncovers a complex personality. . . . [Safi’s] depiction of a profoundly humane and compassionate visionary offers a much needed corrective to the darker perspective promulgated by some Islamic extremists.” - Booklist (starred review)

“Safi traces the three important stages of Muhammad’s life: his climb up the mountain to receive God’s revelation (through the prophet Gabriel); his flight from Mecca and Jerusalem to heaven where he has a direct encounter with God; and his migration from Mecca to Medina and back.” - Raleigh News and Observer

“[Memories of Muhammad] attempts to discover the true Muhammad obscured by both hagiography and militant extremism...Safi is on the front edge of a generation of scholars who, with one foot in both worlds, are trying to explain Islam and the West to each other.” - Religion News Service

“Safi… brings the prophet into clearer focus with his book Memories of Muhammad. Safi provides a sweeping look at Muhammad’s life and explores many of the controversial issues that color modern perceptions.” - Washington Post Book World Blog

“...A rounded and revealing portrait of the life, work, and legacies of Muhammad.” - Spirituality and Practice

“Safi responds to all these Muhammad problems by giving us a highly readable and interesting retelling of the story of this man... [and] provides important background for anyone who wants to understand our friends and enemies among the more than one billion people who embrace Islam.” - The Pilot

“This book ranks as a milestone for non-Muslim readers. When most of the other books in this era are forgotten, people will continue to read Memories of Muhammad.” - Read the Spirit

“Safi makes his argument by simply and beautifully narrating the life of Muhammad. Beyond offering a biography of the spiritual leader, Safi explicates his spiritual teachings and describes how he has been remembered by Muslims over 1,400 years.” - Boston Globe

“...Safi maintains that it is necessary to learn about the Prophet Muhammad in order to understand Islam and to engage in open and constructive dialogue.” - Wisconsin Public Radio 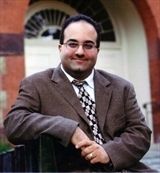 Omid Safi, Ph.D., is professor of Islamic studies at the University of North Carolina, Chapel Hill, where he specializes in Islamic mysticism (Sufism), contemporary Islamic thought, and medieval Islamic history. He is also the author of The Politics of Knowledge in Premodern Islam and the editor of Progressive Muslims.

Thank you for signing up to receive news about Omid Safi.