The Years with Ross

The Years with Ross

From iconic American humorist James Thurber, a celebrated and poignant memoir about his years at The New Yorker with the magazine’s unforgettable founder and longtime editor, Harold Ross

“Extremely entertaining. . . . life at The New Yorker emerges as a lovely sort of pageant of lunacy, of practical jokes, of feuds and foibles. It is an affectionate picture of scamps playing their games around a man who, for all his brusqueness, loved them, took care of them, pampered and scolded them like an irascible mother hen.” —New York Times

With a foreword by Adam Gopnik and illustrations by James Thurber

At the helm of America’s most influential literary magazine from 1925 to 1951, Harold Ross introduced the country to a host of exciting talent, including Robert Benchley, Alexander Woollcott, Ogden Nash, Peter Arno, Charles Addams, and Dorothy Parker. But no one could have written about this irascible, eccentric genius more affectionately or more critically than James Thurber, whose portrait of Ross captures not only a complex literary giant but a historic friendship and a glorious era as well. "If you get Ross down on paper," warned Wolcott Gibbs to Thurber," nobody will ever believe it." But readers of this unforgettable memoir will find that they do.

Offering a peek into the lives of two American literary giants and the New York literary scene at its heyday, The Years with Ross is a true classic, and a testament to the enduring influence of their genius.

"[An] extremely entertaining memoir. . . . life at The New Yorker emerges as a lovely sort of pageant of lunacy, of practical jokes, of feuds and foibles. It is an affectionate picture of scamps playing their games around a man who, for all his brusqueness, loved them, took care of them, pampered and scolded them like an irascible mother hen." - New York Times

"It is Thurber's book The Years with Ross that every journalist should have. It chronicles the restless genius and sometimes frustrating ways of legendary New Yorker editor Harold Ross, who brought together an extraordinary cavalcade of talent (including Thurber) but somehow managed to keep his cast of divas productive. . . . Most of all, the book captures the fun of inventing the perfect magazine during journalism's heyday." - NPR

"A perfectly wonderful reminiscence about one of the most intriguing personalities in the literary world by one of the best writers of our time."  - Los Angeles Times 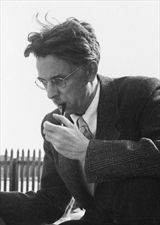 James Thurber was born in Columbus, Ohio, in 1894. Famous for his humorous writings and illustrations, he was a staff member of The New Yorker for more than thirty years. He died in 1961.

Thank you for signing up to receive news about James Thurber.