For the Thrill of It

Leopold, Loeb, and the Murder That Shocked Jazz Age Chicago

For the Thrill of It

Leopold, Loeb, and the Murder That Shocked Jazz Age Chicago

It was a crime that shocked the nation: the brutal murder in Chicago in 1924 of a child by two wealthy college students who killed solely for the thrill of the experience. Nathan Leopold and Richard Loeb were intellectuals—too smart, they believed, for the police to catch them. When they were apprehended, state's attorney Robert Crowe was certain that no defense could save the ruthless killers from the gallows. But the families of the confessed murderers hired Clarence Darrow, entrusting the lives of their sons to the most famous lawyer in America in what would be one of the most sensational criminal trials in the history of American justice.

Set against the backdrop of the 1920s—a time of prosperity, self-indulgence, and hedonistic excess in a lawless city on the brink of anarchy—For the Thrill of It draws the reader into a world of speakeasies and flappers, of gangsters and gin parties, with a spellbinding narrative of Jazz Age murder and mystery.

“Altogether absorbing. . . . Mr. Baatz, a professor at John Jay College of Criminal Justice in Manhattan, has done meticulous research, and he writes extremely well. . . . His book on the Leopold and Loeb case is the best we’ll have for a long, long time.” - New York Times

“The story of the Jazz Age thrill-killers Leopold and Loeb has never been told in so gripping a style. A significant work of historical scholarship that reads like a page-turning thriller, Simon Baatz’s masterly book now stands as the definitive account of this legendary case.” - Harold Schechter, author of The Devil's Gentleman

Exhaustively researched and rivetingly presented. . . . One of the best true-crime books of this or any other season. - Booklist (starred review)

“[Baatz] breaks his fascinating narrative into two distinct Law and Order–type sections. . . . While it might be easy to dismiss the murderers—Nathan “Babe” Leopold Jr. and Richard “Dickie” Loeb—as bored rich kids, Baatz shows that there was much more to this story.” - Library Journal

“The pages read like the very best crime fiction. . . . Reading Baatz’s compelling, definitive book brings it all back to life.” - Open Letters Monthly

“Simon Baatz’s For the Thrill of It is likely to be the definitive work on this infamous crime and the dramatic trial of its perpetrators. It is impressive in its research, even-handed in its tone and immensely readable. . . . [An] excellent book.” - Wall Street Journal

Meticulous and thorough, and it puts the case in historical perspective as a clash between two conflicting views of criminals and crime, one espoused by...Clarence Darrow...the most famous American lawyer of his day, perhaps indeed of any day. - Washington Post Book World

“A riveting non-fiction thriller that will turn you into an activity-hostile recluse who shouts, “Go away and let me read!”… What makes Thrill of It so exceptional is the way Baatz balances all the elements: the killers, the crime, the police, the media and the trial’s impact.” - USA Today 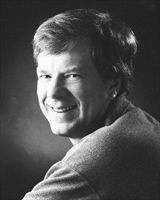 Simon Baatzholds a joint appointment as associate professor of history at John Jay College of Criminal Justice and at the Graduate Center, City University of New York.

Thank you for signing up to receive news about Simon Baatz.